WILMINGTON –– Continuing a triumphant year for film in Wilmington with double-digit projects, three new productions are now preparing to shoot in the area.

“One True Loves,” likely an adaptation of Taylor Jenkins Reid’s 2016 novel of the same title, and “Breakwater” are both making moves to film locally. “George & Tammy” is also back in town after pausing pre-production in the spring.

According to a June Deadline article, “One True Loves” was set to roll in Massachusetts this fall. However IMDb now pins Wilmington as the shooting location, and the Wilmington Film Commission has a project of the same title listed as in pre-production on its website.

The production was previously in negotiations with the South Carolina Film Commission, according to The Post and Courier. The Charleston paper reported the project veered from Massachusetts to South Carolina for its up-for-grabs incentives rolling over from the previous budget year.

However, the production pulled out of the Palmetto State on Aug. 20, citing low vaccination rates. In an email shared on social media, a Volition Media Partners producer wrote the bond company issuing insurance to the production would not OK South Carolina due to rising Covid-19 trends.

As of Friday, South Carolina has yet to break a 50% inoculation rate. In North Carolina, just over 60% of the eligible population is completely vaccinated.

Wilmington Regional Film Commission director Johnny Griffin said on a phone call Thursday he has yet to hear of productions considering vaccination rates as a factor when scouting. Early on, projects were interested in the area’s viral spread compared to other media hubs.

“We’ve had productions contact us and say they had thought about working in another location but maybe because of some spikes and things that were happening, they were looking at moving the project,” Griffin explained.

“One True Loves” is the story of a young woman, Emma, whose high-school sweetheart, Jesse, goes missing in a helicopter over the Pacific on their wedding anniversary. Years later, Jesse is found alive and returns home to Emma, now in her thirties and newly engaged to another man.

Reid and her husband, Alex Jenkins Reid, are penning the script, Deadline reported. The author is best known for her hit “Daisy Jones & The Six,” which Reese Witherspoon’s production company Hello Sunshine and Amazon Studios is recreating for TV.

Based on the tumultuous relationship of ‘70s country-music power couple, “George & Tammy” stars Jessica Chastain as Tammy Wynette and Michael Shannon as George Jones. The miniseries is airing exclusively on Spectrum Originals before releasing on streamers ViacomCBS and Paramount Network.

Though there is limited information on the title at this time, “Breakwater” is possibly the indie film starring Dermot Mulroney which, according to Variety, was slated to shoot in the Outer Banks.

With the announcements of “One True Loves” and “Breakway,” the number of projects to begin shooting in Wilmington in 2021 has exceeded double digits. The last time there were more than 10 projects in one year was 2014, when “The Longest Ride” and “Under the Dome” were two of a dozen productions.

Six projects kicked off filming in the area in 2020, including feature films “Scream,” “I.S.S.” and “The Black Phone,” and television projects “Hightown,” “This Country” and “U.S.S. Christmas.”

Griffin said in the mid-‘90s, Wilmington regularly booked upward of 20 productions a year, though they were typically made-for-TV movies with lesser budgets. The commission is more likely to gauge business by the dollars spent than the numbers of productions.

“You had 25 projects, but they might have spent somewhere between $25 and $40 million,” Griffin said. “One of these television series that is here now, any one of them –– just pick any one of them –– they spend greater than that amount.”

2021 is still on track to shatter records as the greatest year in film economically. Gov. Roy Cooper celebrated the impact surpassing $400 million last month during a visit to Screen Gems Studios.

At the event, the governor told Port City Daily he was “laser-focused” on boosting vaccinations, rather than relying on lockdowns that would threaten to pause the film industry, as they did last winter.

“Six to eight months ago, when we were having to do those restrictions, we did not have vaccines available at every place and every person couldn’t get one. Now we can,” Cooper said. “We have over half the population vaccinated, and the way to get by this pandemic is to get people vaccinated.”

Currently, the Amazon film “The Summer I Turned Pretty,” Netflix series “Florida Man” and “Echoes,” and FOX show “Our Kind of People” are pulling permits to shoot around the area.

Send tips and comments to alexandria@localdailymedia.com 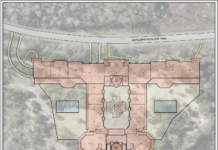 Another proposal for across-the-river hotel is in the pipeline 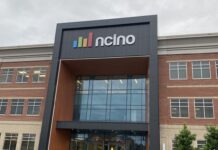