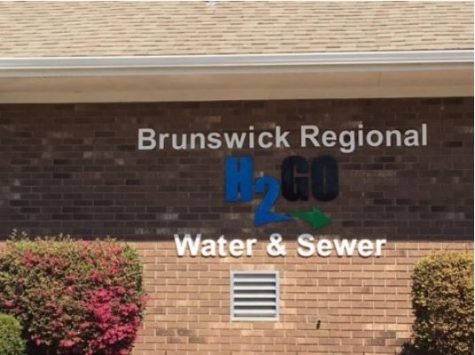 WILMINGTON — New Hanover Board of Commissioner Chairman Woody White has waded into the mess across the river, politically speaking. On Thursday, White called on some H2Go’s commissioners to resign and called their apparent attempt to undermine the November election “shameful.”

White took to Twitter on Thursday to weigh in on the move made by H2Go Brunswick Regional Water and Sewer to transfer all of its assets to the Town of Belville. The vote, taken Monday, surprised many and effectively disbands the utility.

White tweeted on Thursday, “In political era where transparency means more than ever, 3 people in Bruns Co (sic) seek to undermine the election results. SHAMEFUL. Learn to lose with dignity. I know, it’s hard but it’s the right thing to do. There may not be much for them to govern over.”

White also called for the resignation of the three board members who voted in favor of the subversive decision.

“I’m sure some will say it’s not my business what happens in (Brunswick County), but I’ve lived in SENC all my life. Along with many people including Frank Williams … This type of covert, secrete, and subversive activity by three people that affects the governmental stability of this region, even in a small way is embarrassing and not worthy of the many advances we have made together. The three commissioners should resign immediately,” White tweeted.

In political era where transparency means more than ever, 3 people in Bruns Co seek to undermine election results. SHAMEFUL. Learn to lose with dignity. I know, Its hard. But its the right thing to do. There may not be much for them to govern over' https://t.co/icbGcQpTRK

White was referring to the reaction from Brunswick County Commissioner Frank Williams, who sent a statement to the media following the commission’s vote on Monday.

“First, this is a major move that directly impacts many thousands of Brunswick County residents, myself included, and tonight was the first time I have heard it even suggested, much less seriously discussed. Such a major change should be enacted with greater transparency than what we have seen here,” Williams wrote.

In a response to White’s criticism, H2GO’s Public Information Officer Tyler Wittkofsky said, “While we all respect Chairman White’s leadership in response to the discovery of GenX, we believe he is mistaken when it comes to his statements about the H2GO transfer to the Town of Belville.”

Wittkofsky said, while the third elected candidate was anti-reverse osmosis, he only won by 19 votes and that, “Belville and H2GO believe this is hardly enough of a mandate to kill a plant that will provide safe, clean water, uncontaminated by the Cape Fear River for decades to come.”

4/4 But this type of covert, secret, and subversive activity by 3 people-that affects the governmental stability of this region-even in a small way – is embarrassing and not worthy of the many advances we have made together. The 3 comm's @H2Go_BRWS SHOULD RESIGN immediately.

State Representative Deb Butler also voiced her concerns with the move from H2Go, especially with the way the commissioners operated in secrecy. She also said that just because the town has acquired the assets of H2Go does not necessarily mean it has acquired its customers. Butler also said she wonders how the tax payers of Belville feel waking up and finding out they now have a multi-million-dollar debt because of the acquisition.