Downtown Wilmington brewery finds its footing, looks to take things up a notch

“It’s actually our second worst beer,” said co-owner and brewmaster Aaron Skiles of his petite witbier, “the worst is the double IPA.” 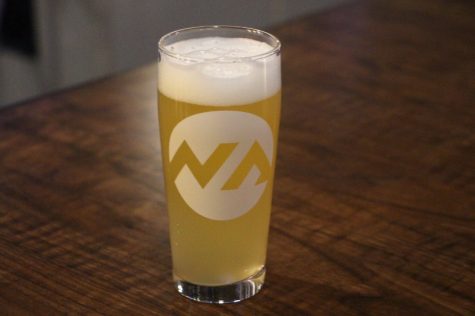 Skiles’ humility sounds deadpan but it is honest, though it belies the popularity of his adventurous beers. Wilmington chef George William Copeland said Skiles’ witbier was “a really, really good fall beer for a place where it’s still 70 degrees in the fall. The amount of coriander was nice. It’s a low gravity beer, but it’s not weak sauce.”

Skiles, for his part, worried about the longevity of the witbier on the palate and the hoppiness of the double IPA.

The self-taught Skiles describes his method as “a lot of guessing,” but he is also thoroughly versed in the science and culture of beer, frequently visiting other breweries and scouring the internet for the latest techniques and ideas. And, like any artist, he struggles to distinguish between influence and imitation.

“I don’t want to be cliche, and say something about doing what you love and never working a day in your life. But, as someone who came from a long career in sales, I will say that creating something, making something and not just moving something from one box to another, that’s really amazing.” — Aaron Skiles

“There are brewers where, yeah, everything they do is good. If they put a label on a bottle, I’d drink it,” he said. “They make beers that make we want to go experiment and figure out how they did what they did. But I don’t want to recreate it or copy it, I just want to kind of understand that magic.”

Unlike the many breweries competing in terms of maximum hoppiness – gauged by International Bitterness Units (IBUs) – Skiles said he’s most concerned with developing flavors.

“I’ll try, for example, to incorporate new malt flavors, not to make things sweet or syrupy, but to give a beer a great bread-y flavor. Or to try new combinations of hops. There, I’m not going for that rip-your-mouth-apart bitterness, but for flavor.”

Skiles is characteristically humble about his early success since he and co-owner Bill Hunter opened in October at their 116 Dock St. location in Wilmington.

“We’ve done a really slow opening, finding our footing.” He said, noting he plans on increasing production in early 2017. “I’m definitely looking to be able to do enough kegs for local bars and restaurants.”

Reflecting on New Anthem, Skiles said, “I don’t want to be cliche, and say something about doing what you love and never working a day in your life. But, as someone who came from a long career in sales, I will say that creating something, making something and not just moving something from one box to another, that’s really amazing.”