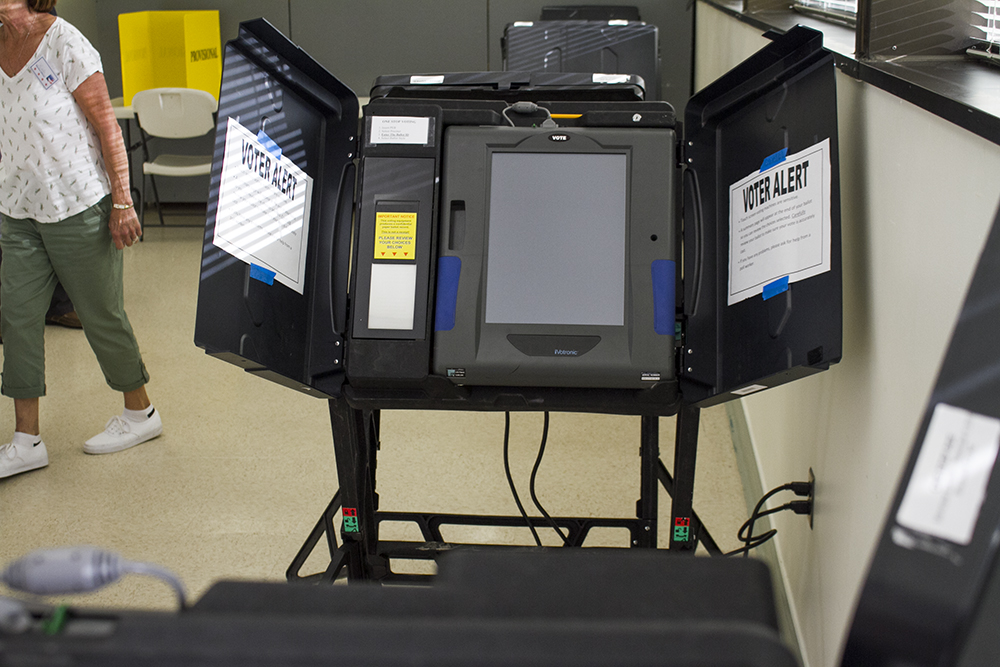 SOUTHEAST N.C. — Election day has come and gone in North Carolina and as with any contest, there were winners and losers. While some races seem unlikely to be overturned after next week’s canvassing of the results, there are some races that are too close to call.

In a couple of instances, there are also opportunities for those who might not have won the election but still have a chance to serve on the boards they were running for. For local elections, a recount can be requested by candidates provided the difference in the votes between the challenger and the winning candidate is within a certain range.

“Canvass is the entire process of determining the votes have been counted and tabulated correctly, resulting in the authentication of the official election results. At the Canvass meeting, the Board prepares and signs all relevant permanent public documents. The Canvass meeting is ten days after Election Day and is open to the public. By statute, the Board is authorized upon adoption of a resolution to provide for an additional meeting between Election Day and Canvass to count supplemental absentee and provisional ballots approved by the Board. Traditionally the New Hanover County Board of Elections has chosen to count these ballots and conduct the sample audit count prior to the canvass meeting to reduce the risk that the Board cannot canvass the election in a timely manner due to unforeseen technical or administrative problems,” Hunter-Havens said.

There are ballots outstanding that have yet to be counted, according to Hunter-Havens, and in theory, they could change the initial outcome of the elections.

These ballots can include mail-in ballots, provided they are postmarked by election day, there are also ballots cast by overseas residents and those serving in the military, they have a bit more time to return their ballots.

“Civilian absentee ballot applications that are postmarked on or before Election Day and received not later than three days after the election will be considered timely.  The UOCAVA (Uniformed and Overseas Citizens Absentee Voting Act) Absentee Ballot Return Deadline for mailed ballots is by 5:00 pm on Thursday, November 14th. Other outstanding votes that have not been counted include any machine rejected ballots from Election Day that need to be duplicated and scanned. Lastly, we need to record all write-in votes on the ballots and report the total number of votes for any eligible write-ins who receive 5 or more votes. If any of the candidates on the ballot receive valid write-in votes, we will add that number to their total number of votes for that reporting group (i.e, One-Stop, Absentee by Mail, or Election Day),” she said.

So what about recounts? Well only certain candidates can request a recount, but as seen in the past, recounts have not typically changed the outcomes for candidates.

In New Hanover County’s four municipalities there are only a few candidates who could request a recount. For example: in the multi-seat Wilmington city council race, Neil Anderson defeated Paul Lawler for the third of three open seats — by just six votes. Between the two, there were 10,876 votes cast making the margin of error around 109. Thus, Lawler would have the right (if he wanted) to request a recount.

Likewise, in Carolina Beach, incumbent Steve Shuttleworth lost to challenger Jay Healy — also but just six votes. The combined votes between the two was just over 2,000, making the margin about 20; thus, Shuttleworth could also request a recount.

If a recount doesn’t reverse the outcome of the election, in some instances, a losing candidate could still get a seat on a board or council. This would only apply to the Town of Carolina Beach, however, since LeAnn Pierce took the mayoral election as a sitting council member in the middle of a four-year term.

Since Pierce will become mayor in January, she will leave a seat vacant on the Town Council.

There are two possibilities to fill her seat. First, a member of Town Council can make a motion and nominate a replacement for the open seat. If that motion receives a majority of affirmative votes, that person is elected to the board. Second, board members can opt to go with the nominate and vote method where, in an open meeting, council members nominate citizens to fill the vacancy.

The choice will be up to the Town Council in 2019, not the currently sitting council.