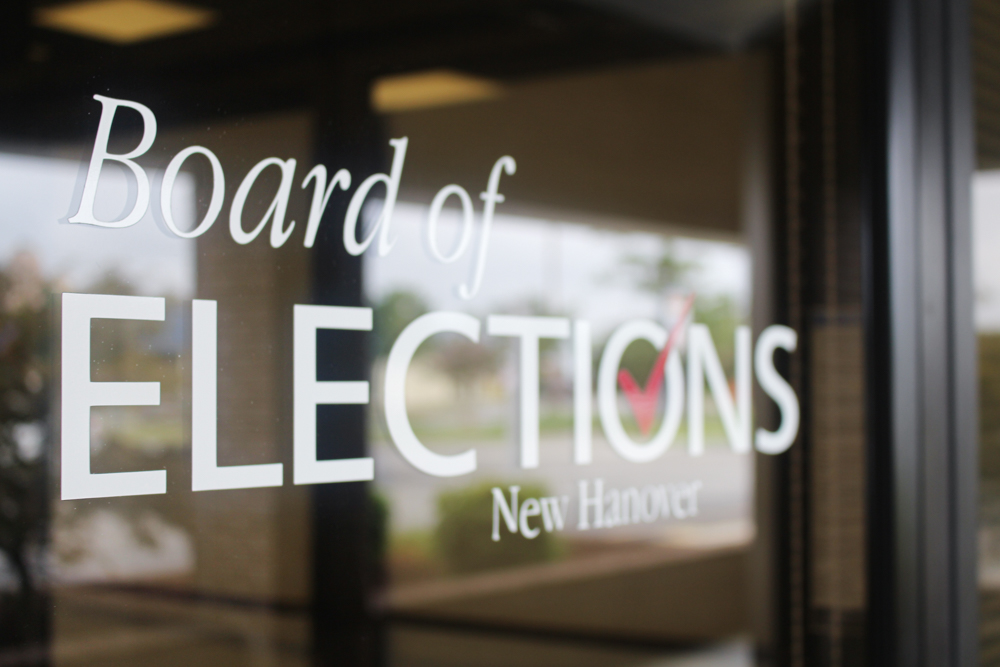 NEW HANOVER COUNTY — Elections in New Hanover County saw some close results as polls closed for the 2019 municipal elections, and while much will remain the same in the county, there have been a few shakeups.

In the City of Wilmington, Mayor Bill Saffo appears to have held onto his seat (since elections are not official until canvassing is complete nothing is certain) beating newcomer Devon Scott with 7,709 votes compared to 7,079 for Scott.

Sitting Wilmington City Council members Margaret Haynes and Neil Anderson have maintained their seats for another four years while Paul Lawler has apparently been edged out by newcomer Kevin Spears.

There were three seats up for grabs on City Council, Haynes secured her spot as the top vote-getter with 6,549 followed by Spears with 5,703.

Anderson and Lawler, however, had a tight race that could be challenged, or at least recounted, with only six votes separating the two candidates; Anderson took 5,441 votes compared to Lawler’s 5,435.

In Wrightsville Beach, Mayor Bill Blair chose not to run for reelection leaving his seat open to candidates Darryl Mills and Greg Buscemi.

Mills, a sitting Board of Aldermen member, took the majority of the votes with 480 compared to Buscemi’s 216.

Jeff DeGroote and Zeke Partin both ran unopposed for the two open Board of Aldermen seats and (unsurprisingly) won them, although there was a strong write-in candidate submission taking nearly 13% of the votes.

With Mayor of Carolina Beach Joe Benson calling it quits after one term, it was a crowded race to lead the town. Councilwoman LeAnn Pierce won the mayoral seat with 1,020 votes, the runner up, Tom Ellicson, took 759 of the votes.

The Town Council, however, will see two new faces as Lynn Barbie and Jay Healy took the two seats up for election this year, sitting councilman Steve Shuttleworth fell short by just six votes with 1,005 compared to Healy’s 1,011. This shortfall has the opportunity to be challenged by Shuttleworth if he requests a recount.

There is the question as to who will fill Pierce’s seat she will now vacate to serve as mayor since she still has two years left on her councilwoman term.

There are two possibilities to fill her seat, first a member of Town Council can make a motion and nominate a replacement for the open seat. If that motion receives a majority of affirmative votes, that person is elected to the board.

On the other hand, board members can opt to go with the nominate and vote method where, in an open meeting, council members nominate citizens to fill the vacancy.

“Then, each board member would vote for the person he or she would like to have fill the vacancy. A person who receives a majority of the votes would be selected to fill the vacancy. If no one receives a majority, then those who receive the fewest votes should be dropped from consideration, so that the voting is between the front-runners.  In using the nomination-and-ballot method, the board must decide beforehand whether a majority will be required to fill the vacancy, and, if so, how the lowest vote-getters will be removed for subsequent rounds of voting, if necessary,” according to the UNC School of Government.

This means that while it appears Shuttleworth will no longer have a seat come January, he could be nominated to fill Pierce’s vacated seat and serve another two years on the board. Of course, this is only one possibility.

Nothing changes in Kure Beach as Mayor Craig Bloszinsky and board members Joesph Whitley and David Heglar ran unopposed to maintain their positions within the town.