NEW HANOVER COUNTY — A large mixed-use development planned off Market Street in Northern New Hanover County has passed its first hurdle after the county Planning Board gave the project the green light on Thursday.

The project, Middle Sound West, will consist of more than a dozen buildings located off Market Street and Lendire Road. The land consisting of about 30 acres currently is zoned for commercial use but developers are hoping to build predominantly residential buildings on the land.

A special use permit will have to ultimately be approved by the County Commissioners in order for the developer, Tribute Properties to move forward with the project.

Residents of Ogden have voiced their concerns with the project and the community group, Our Ogden, encouraged residents to attend the Planning Board hearing and have their voices heard.

“Our Ogden is not taking an official position on the permit, but we are not idle on the issue. I have met with NHC Planning Director, Wayne Clark, and conveyed concerns voiced in the survey we ran in August, the vast majority of which are stormwater/flooding, and traffic.  I also reminded him about Our Ogden’s smart growth priorities. I have also reached out to the applicant, Tribute Properties, for similar purposes,” Our Odgen organizer Clark Henry wrote. 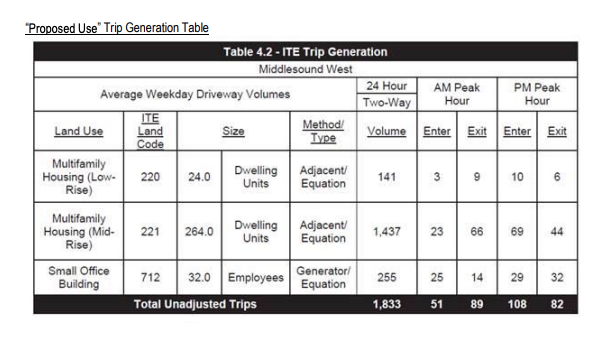 Flooding issues along with traffic were some of the biggest concerns from residents, but according to the developer, traffic would be actually less than if built out by right for commercial use.

Related: Slice of Life, Starbucks, retail, apartments, and a hotel all underway in Ogden-Porters Neck area

The Ogden area has seen a spurt of development in the past few years as the county continues to attract new residents and property within the City of Wilmington becomes more scarce.

The Board of County Commissioners will have to hold a public hearing at an upcoming meeting before final approval is given.