The NCDOT is hosting a public information session where residents can give their input on the proposed expansion of Independence Boulevard, construction will likely start in 2025.

WILMINGTON — Traffic in Wilmington is an ever-present topic of discussion. As more people flock to the Port City traffic inevitably gets more and more congested which is why the N.C. Department of Transportation is planning several projects around the area. One of which is the extension of Independence Boulevard by nearly two miles.

The extension would connect Independence Boulevard to Martin Luther King Jr. Parkway, requiring the widening of Covil and Montgomery avenues, as well as several elevated sections of roadway.

“The purpose of the extension is to improve connectivity and capacity by providing an additional four-lane, north-south corridor. This would be the third north-south connection in the city, and the only one to be in central Wilmington,” according to the NCDOT.

The NCDOT is also hosting a public input meeting where residents and those interested can have an opportunity to weigh in on the two proposed alternatives.

Maps of the proposal area can be found at the NCDOT Public Meetings website.

“The public meeting will be held July 22 from 5 – 7 p.m. in the Rachel Freeman School of Engineering Multipurpose Rooms at 2601 Princess Place Drive in Wilmington. Interested residents can drop in any time during the meeting to learn more about the proposal, have questions answered and talk with NCDOT representatives. There will not be a formal presentation,” according to the press release.

According to the NCDOT, the project is expected to cost about $160 million and construction would not begin until 2025. 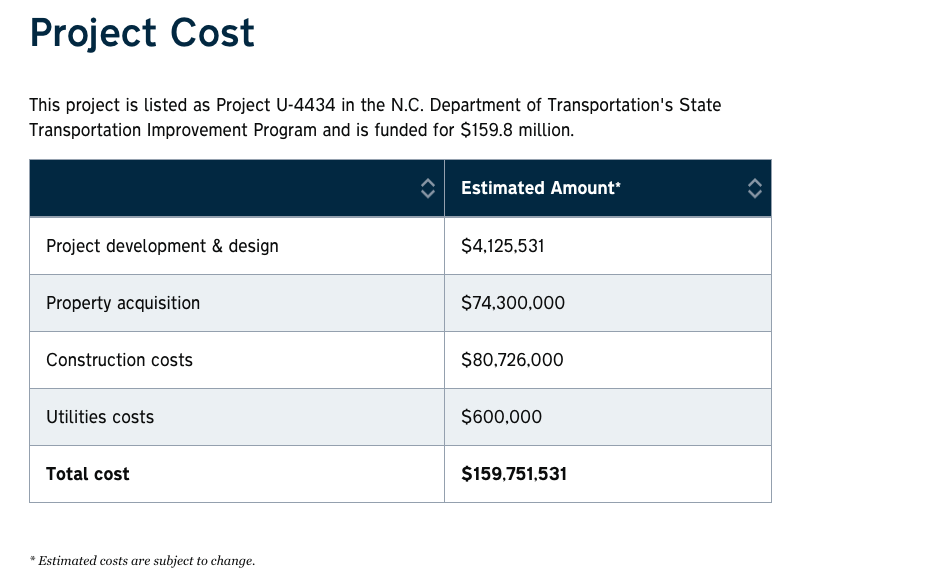 The two alternatives include: