WILMINGTON — It appears the ongoing drought in Eastern North Carolina has caught up with the Cape Fear Public Utility Authority after both neighboring counties, Pender and Brunswick issued mandatory water restrictions.

Residents in Northern New Hanover County along with those in the Middle Sound area are under a Stage 1 Water Conservation Advisory, starting Friday.

According to a CFPUA press release, “Cape Fear Public Utility Authority has implemented a Stage 1 Water Conservation Advisory, effective Friday and continuing until further notice, for customers in the northern part of New Hanover County served by the Richardson Water Treatment Plant and those in the Middle Sound area.

The Richardson Plant has been at 80% of its capacity in the past three days leading to the restrictions. The stage one restrictions include a number of irrigation limits on households shown in the following graphic. 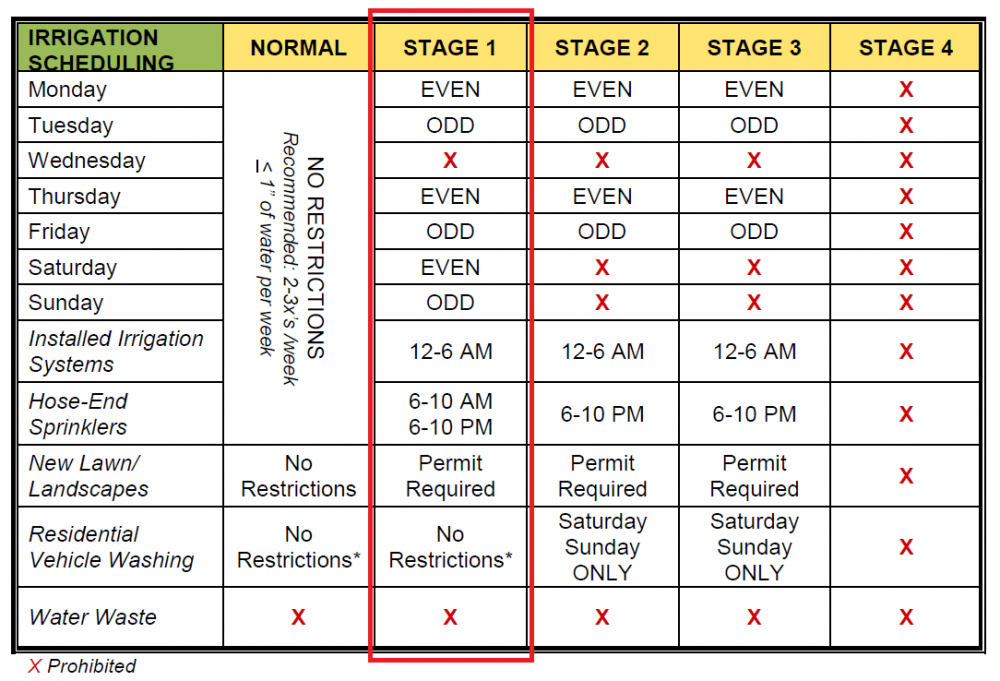