What can you do with 1.98 million gallons of beer? 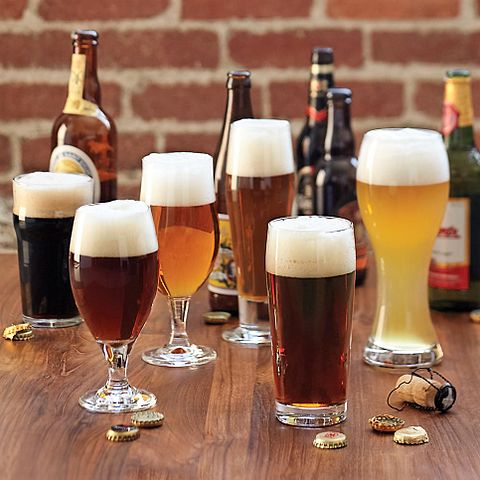 The 184th Oktoberfest is in full swing!

What started as a wedding celebration for Crown Prince Ludwig and Princess Therese of Saxony-Hildburghausen (try saying that after a couple of pints) has become an annual celebration of Bavarian culture, including tasty treats like roast pork, potato pancakes, sausages, pretzels, and lots and lots of beer.

Even if you can’t make it to Germany, you can still join in the fun with this Oktoberfest Quiz and special Oktoberfest food and beverages at Hops Supply Co. on Oleander Drive. Put on your lederhosen and bring your friends. Prost! (That’s German for cheers and it’s easy to remember because it rhymes with toast.)

Which German city annually hosts the official Oktoberfest and welcomes over 6 million revelers to join the foamy festivities?
A. Berlin
B. Munich
C. Cologne
D. Dusseldorf

How many breweries are allowed to serve their beer in the official Oktoberfest tents?
A.1
B. 6
C. 11
D. 16

Which U.S. city has the largest Oktoberfest celebration?
A. Pittsburgh
B. Cincinnati
C. Cleveland
D. Chicago

What style of beer is traditionally served at Oktoberfest?
A. Stout
B. Marzen
C. Porter
D. Dunkel

Traditionally, all beer served at Oktoberfest had to conform to Reinheitsgebot, “Purity Order”, meaning only 3 ingredients could be used in it’s production. Which of the following could NOT be used:
A. Water
B. Yeast
C. Hops
D. Barley

An estimated 1.98 million gallons of beer will be consumed at this year’s Oktoberfest. How many Olympic swimming pools would it take to hold all that beer?
A. 4
B. 3
C. 2
D. 1

The modern day Oktoberfest usually lasts 16 days, with the last day being the first Sunday of October. However, if the first Sunday in October falls before the third, then the festival is extended until the third. How many days is this year’s festival?
A. 16
B. 18
C. 20
D. I’ve had too many liters to count that high

ANSWER KEY:
B for Beer! You can find plenty of that and some seasonal Bavarian cuisine from September 16 – October 3 at Hops Supply Co. on Oleander Drive.

A couple of more foamy facts from our quiz:
The 6 breweries that are allowed to serve beer in the official Oktoberfest tents are the 6 original breweries within the Munich city limits: Paulaner, Spaten, Hack-Pschorr, Augustiner, Hofbrau, and Lowenbrau.

The beer traditionally served as Oktoberfest is Marzen, a lager that means “March beer”. It was the beer that was brewed in March and allowed to slowly age during the summer. It became the featured beverage at Oktoberfest because it all had to be consumed to make room for the beer from the year’s new harvest of barley.