Canvass delayed in Brunswick, New Hanover and Pender Counties due to record discrepancies 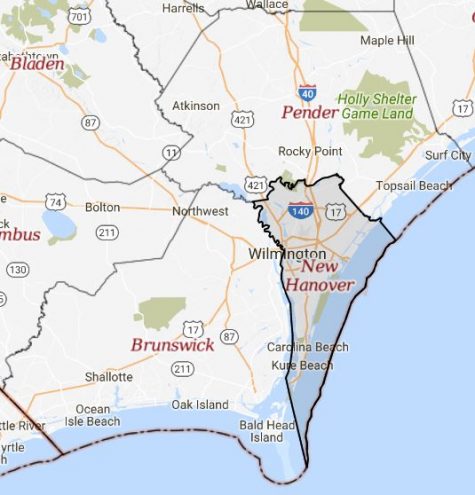 NEW HANOVER COUNTY — The county vote canvasses previously scheduled in the tri-county area for today will all be postponed until Tuesday.

According to Derek Bowens, New Hanover County’s director of elections, North Carolina election officials are pursuing a court order to verify voting registration discrepancies between the county election boards and the Department of Motor Vehicles. This issue affects 190 ballots in New Hanover County, as well as 98 ballots in Brunswick County; in both counties voters claim to have registered at DMV offices, but their registration records cannot be found.

There are also election protests pending in both New Hanover and Brunswick County.

In New Hanover County a protest was filed by Densay Sengsoulavong, second vice chair of the county’s Republican party. Sengsoulavong’s protest alleges that two voters with felony records cast ballots. A preliminary hearing of this protest has been scheduling for 11 a.m. Tuesday, Nov. 22.

According to a press release, the Pender County Board of Elections will also postpone their canvass, now scheduled for Tuesday at 3 p.m. The County did not cite any election protests, only the DMV issue that is affecting counties throughout the state.

The delayed canvass in New Hanover County prolongs speculation about the close Board of Commissioners race. Democratic candidate Jonathan Barfield holds a lead of less than 500 votes over Republican candidate Derrick Hickey.

According to Jonathan Washburn, chairman of the county’s Board of Elections, over 1500 additional votes have been approved but not tabulated since Election Day; this is more than enough to sway the Commissioners race. Tuesday’s canvass should settle the race, unless Barfield and Hickey remain within 1 percent of each other, in which case either candidate could legally call for a county-wide recount.

Unemployment down from last year, still recovering from pandemic