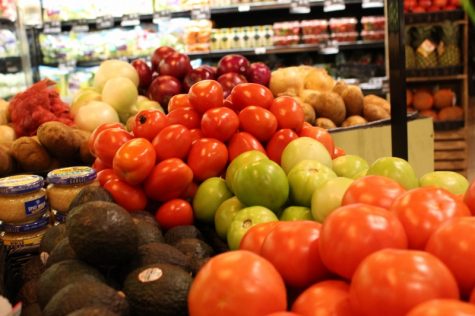 WILMINGTON — Carolina Farmin’ opened Friday in downtown Wilmington, but not without first giving  the press a sneak peak at the store.

The store offers local selections in nearly every department. Carolina Farmin’ produces all its bread, desserts —including gelato — and several prepackaged food selections at a commissary facility on Emerson St. in Wilmington. The meat and poultry is all local, butchered at the Wilmington facility. Produce is mostly sourced from their own farm in Supply, NC.

“We try to provide as much local produce as we can,” Director Molly Crawford said. “Every once in a while, we’ll look elsewhere for quality produce you can’t get in North Carolina. I’d love to grow you a local pineapple or an avocado. But we can’t always do that. Still, our main goal is always going to be providing the best of what’s local.”

‘Local,’ extended beyond produce, meat and dairy. The store’s cafe offers coffee roasted exclusively in Wilmington, and the only tea grown in the United States, from Charleston, SC. The café area featured tables made by a local furniture maker and counter tops sourced from local wood, recovered from the 2009 dredging of the Cape Fear River. 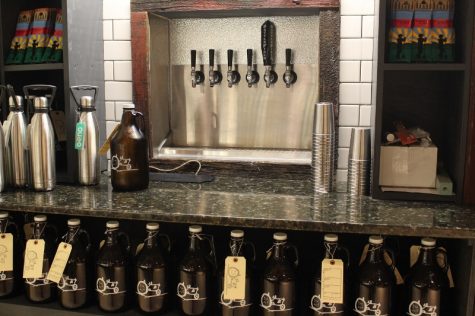 “I put a lot of work into this selection,” said Crawford. “In my opinion it’s pretty baller.”

Crawford said the highlight of the store, for her, was the wine.

“I hope this doesn’t make me sound like an alcoholic,” Crawford joked. “But, in all seriousness, I’m even more proud of this than the beer barn. This is my baby,” she said. “I tried to find reasonably priced bottles that you can’t find anywhere else.”

Selections included Liberty School Cabernet Sauvignon, an affordable but lesser known label of Stag’s Leap, whose wines retail for $50 to $100.

“It’s the kind of great find you’d expect a restaurant or boutique wine shop to have,” Crawford said. 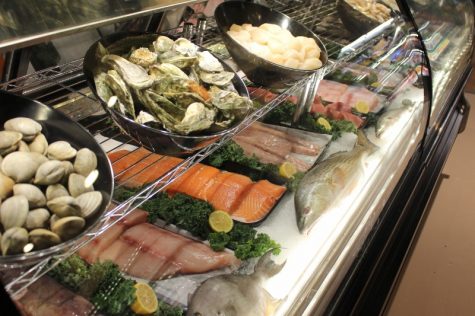 Carolina Farmin’ President Ben Long said he was proud of all the store had to offer, but in particular highlighted the seafood selection overseen by Ethan Mairs.

“When you have someone like Ethan on your team,” Long said, “It’s amazing. He’s knowledgeable about seafood in a way that blows my mind.”

Long was also proud of the gelato, produced at the Wilmington facility, saying he worked for a long time to get the flavors right. Locally sourced bacon and pecans go into the signature flavor.

Long said he hopes that Farmin’ on Front fills the downtown’s needs and can become part of the downtown community.

Seven places you can volunteer to help this holiday season