NEW HANOVER COUNTY — New Hanover County is slated to lend $100,000 to the newly formed beneficiary of $1.25 billion of public proceeds from the hospital sale.

The short-term, interest-free loan is intended to help the new endowment finance legal, consulting and financial services while it waits for the sale to close — a months-long process expected to wrap up in the first quarter of 2021.

The endowment is designed as a charitable nonprofit 501(c)(3) corporation but has not been given the official sign-off to operate as one. Its ability to carry out actions using the hospital sale proceeds is entirely dependent upon the N.C. Attorney General’s approval.

Shortly after commissioners approved the multi-billion sale, Stein’s office announced it was closely reviewing the transaction to ensure full compliance with state law.

The community endowment’s loan must be repaid within 30 days of it receiving hospital sale proceeds associated with the closing of the sale.

Even if the closing does not occur, the foundation must repay unspent funds back to the county. The county is dipping into surplus profit distributions from its ABC Board — not its general fund — to finance the loan.

According to the proposed agreement, which commissioners will vote on Monday, funds also may be be used to recruit for an executive director to run the foundation.

The county has engaged a financial advisor, SOLIC Capital Advisors, LLC, to oversee the wind-down process of the sale. According to an engagement letter from the firm, it will charge a $20,000 retainer fee and six-figure monthly service fees that range from $100,000 to $225,000, with a higher fee in the three months after the sale and lower fee in the year following the sale. These services would be provided to the county — separate from the county’s financing assistance being offered to the endowment.

Should the sale close, the community endowment will receive $1.25 billion, the lion’s share of net proceeds. An additional $300 million will go to the county’s revenue stablization fund; $50 million will be directed to a new county-operated mental and behavioral health fund; $200 million will be saved to help stabilize the transfer of NHRMC’s 7,500 employees to Novant; $100 million will cover closing obligations.

Operated by an 11-member board, the community endowment’s meetings and decisions have been designed to take place outside of public view, in order to reduce its politicization. Whether or not this board will be able to operate privately hinges on the AG’s approval.

The board will have annual access to 4% of the endowment’s total market value, beginning at about $50 million. Funds may be used for a variety of local purposes, including but not limited to public education, health and social equity, community development, public safety, and more.

New Hanover County already put forth its appointees to the board when it approved the sale:

The remaining six members will be appointed by a new successor hospital board, which is being named by the current NHRMC Board of Trustees. 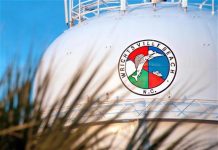 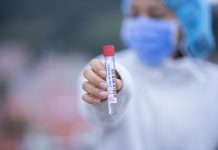 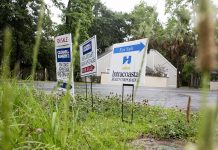 Housing trends in Cape Fear continue to decline, though prices remain up