‘The Long March Home’, life of the post Civil War soldier to be discussed at next Civil War Round Table meeting

CASWELL BEACH — The demobilization of both armies during the first few months following Appomattox revealed many of the problems that Civil War veterans would face during the post war years.

They drank, engaged in violence, and some chose to hold on to their weapons — all of which posed a threat to civilian authorities and threatened an overly idealized understand of the now “citizen-soldier.”

Brian Matthew Jordan, Ph.D., cultural historian of the Civil War and the Reconstruction period, will be the guest speaker at the Tuesday, March 7, meeting of the Brunswick Civil War Round Table. The title of his presentation is, “The Long March Home.” He will discuss the lives of Civil War soldiers, both Union and Confederate, after the war as they returned to civilian life.

For well over a century, traditional Civil War historians and scholars suggested those Union veterans returned triumphantly home, slipping into “hibernation” after the war. Jordan makes it clear that this was never possible.

In essence, these veterans were in need of recognition and support from a nation that was simply ill-prepared to handle the continued physical and psychological trauma on such a large scale.

These veterans, tending rotting wounds, battling alcoholism, campaigning for paltry pensions, tragically realized that they stood as unwelcome reminders to a new American eager to heal, forget, and embrace these heroic veterans. 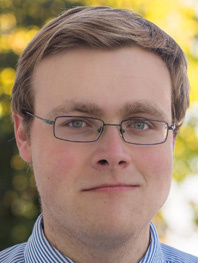 Through his research, he has uncovered anguished letters and diaries, essays by amputees, and gruesome medical reports, all deeply revealing their anguish. In essence, these veterans were in need of recognition and support from a nation that was simply ill-prepared to handle the continued physical and psychological trauma on such a large scale.

This scenario is a chilling reminder of what our current returning veterans face as they face life’s uncertainty as well as incredible physical and emotional challenges.

Dr. Jordan is currently an Assistant Professor of History at Sam Houston State University, and the author of “Marching Home: Union Veterans and Their Unending Civil War,” which was named one of three finalists for the 2016 Pulitzer Prize in History, as well as the winner of the 2016 Governor John Andrew Award.

At Sam Houston, Jordan teaches undergraduate and graduate courses in Civil War and military history, as well as historical methods. Since 2014, he has served as the book review editor for “The Civil War Monitor,” one of the nation’s leading Civil War magazines. His more than sixty reviews, articles, and essays have appeared in the “Journal of the Civil War Era,” “Civil War History,” “Civil War News,” “The Civil War Monitor,” and the “New York Times,” among other publications. He has also addressed audiences in twenty-five states, and leads popular Civil War battlefield tours for Yale alumni each year. He currently resides in East Texas.

The Tuesday, March 7, meeting will be held at Hatch Auditorium on Caswell Beach. Everyone is invited. Registration and refreshments begin at 6:30 p.m. The program begins at 7 p.m. The guest admission fee is $10, and can be applied toward the $25 annual membership dues. The Round Table continues to grow with each monthly meeting, and currently has over 1,150 members, making it the largest Civil War Round Table in the country.

For more information about the Round Table or the upcoming meeting, contact president Mike Powell at (910) 278-3545, or email to mpowell6@ec.rr.com. The organization’s website is brunswickcivilwarroundtable.com. You are also invited to visit their Facebook page for interesting Round Table developments and announcements.

This content was provided by a community member via Local Shout, a new initiative at Port City Daily. Port City Daily cannot guarantee the accuracy of information presented in this story. If you have additional information or would like to submit a story, please contact shout@portcitydaily.com

Share
Facebook
Twitter
Email
Print
Previous articleEurope? Check. Asia? Check. Former UNC-Wilmington students are now driving across Africa
Next articlePatrick Wendorf, 34, had a smile that could light up a room