Learn how local chefs are preparing their turkeys this Thanksgiving 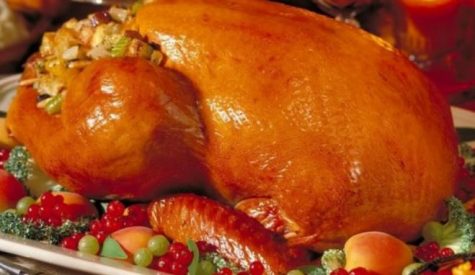 WILMINGTON —  It’s almost Thanksgiving, so it is time for home cooks to plan how they will cook the turkey. The bird is the centerpiece of the meal for 88 percent of Americans, according to the National Turkey Federation.

Port City Daily asked local chefs how they prepare their turkey for the holidays. Some fry their turkeys, others smoked them and some stayed true to the classic preparation.

Keith Rhodes, a former Top Chef contestant, James Beard nominee, and executive chef at Catch in Wilmington is known for his use of local seafood. Rhodes said his Thanksgiving almost always includes “a fish fry of some sort, and of course a traditional oyster stuffing, too.”

Oyster stuffing, a traditional Thanksgiving that dates back centuries, reflects a time when oysters were the most commonly eaten shellfish in the nation. It is frequently made with cornbread. Oyster stuffing has waned in popularity, but for a chef who prizes local ingredients and seafood, it seems an appropriate choice.

But Turkey is not left out. Rhodes says this year he’ll take the breast meat off of the turkey and deep fry it, skin on. Fried turkey has become increasingly popular with the increased availability of safe and easy to use deep-fryers for home use. The National Turkey Federation offers some helpful hints on frying a holiday turkey.

Dean Neff, executive chef and co-owner of Pinpoint, told Port City Daily last week that he prefers a meal like short ribs to turkey. However, Neff does sometimes cook turkey — but not by roasting the bird whole.

“But, when I do make turkey, I’d definitely remove the breast and legs. I’d never stuff the cavity. It’s simply that by the time the legs are done, the breast is dried out.”

“I’d poach it in a plastic bag in 180’F water until the temperature was 165’F. Then I’d ice it down and cold smoke the turkey in the oven. Smoke and turkey go so well together. Turkeys were meant to be brined and they were meant to be smoked. I would finish it with a little heat at the end, just some warm basting liquid to bring it back up to temperature. Then it’s really been babied, because it’s been brined, and smoked, and slowly warmed up.”

Cold smoking, which allows wood-smoke to cool before it comes in contact with meat and fish, is a common technique with cured fish, but also works for turkeys. The technique can be tricky for novices, who are advised to do their research – and even practice – before attempting it on Thanksgiving.

Chelsea Moran, a personal chef who served as Neff’s sous chef and has helped design menus at Taste the Olive and Farmin’ Brands, said she often roasts a whole turkey but is breaking with tradition this year.

“It’s a holiday but sometimes the festivities kind of come to a crashing halt after eating a whole turkey,” Moran said. “It’s a great meal, but it’s a very heavy meal. So this year we’re breaking with tradition, but just a little. All the flavors will be there. We’re doing oysters with a cranberry mignonette, roasted potatoes, and turkey tenderloin.”

Tenderloin is the inside section of the turkey breast. It cooks quickly and evenly compared to the full breast or whole bird. Moran said she will be wrapping hers in prosciutto and hot smoking. Hot smoking, which cooks and flavors at the same time, is a common technique in barbecue cooking. Moran said although there are nigh-endless subtleties to smoking – the subject of nigh-endless debates in the cooking world – most home cooks should be able to manage it.

Lastly, there is the classic recipe.

Brothers G. William and Christopher Copeland, chefs who have cooked at and managed several Wilmington restaurants, gave us their version of traditional Thanksgiving turkey.

“We didn’t invent it,” G. William Copeland said. “It was kind of passed down from the gods themselves.”

In a disposable aluminum pan, I like to have a single layer of large cuts of onion, celery, and carrot. I toss those with oil, salt, pepper, thyme, and bay leaf.

Then there’s the butter. And as for my bird, pat dry with a towel and then rub that sucker up with butter. I mean, a whole pound just coating the outside of it, with a little salt and pepper too. Then shove another half pound inside after removing the neck and organs, which I place in the pan next to the turkey.

I preheat my over to 500 and put the pan on the lowest rack for 30 mins. Then I turn the oven down to 350 and let the oven do the work. Turning the pan every so often. Basting here and there. It’s a lot of work to get turkey right, but come on, this is what everyone is waiting for. Maintain vigilance. You’re waiting for the center of the turkey breast to reach 165 degrees. Usually about two and a half hours. But it all depends on the size.

When the turkey is done, you want it to rest for a little bit, or the juices will all be lost when you carve it.

While you wait – and it can be a hellish wait, I know – I usually strain all the drippings from the pain and use that to start my gravy. That’s a whole other story, though.

2 developments each propose 200-plus townhomes for Leland