Edward was a loving husband, father, brother, uncle and friend. He was an avid deer hunter, hunting on his own land in Currie. He also loved his career of farming, planting many crops; such as, corn, soybean and hay, in addition to tending the land for the animals. He will be missed dearly.

In addition to his parents, Edward was preceded in death by his sister, Katherine Ann Parker; and four brothers, Roscoe Moore, Freddy Moore, Kenneth Moore and Willis Moore.

The family would like to give a special thanks to Edward’s neurologist, Susan Torres, who took great care of him for several years.

A graveside service will be held at 2 p.m., Thursday, Feb. 25, at Moore Family Cemetery, Cane Tuck Road, Currie, with the Rev. Billy Moore and the Rev. Anthony Clemmons officiating.

Share online condolences with the family at Quinn-McGowen Funeral Home. 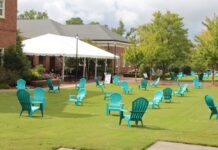