Waterline Brewing, 721 Surry St., is officially opening its doors this Saturday with a grand opening celebration that includes the release of first-edition beers, live music and food trucks.

Located in a rehabilitated section of the old Jacobi Hardware warehouse just under the Cape Fear Memorial Bridge, Waterline is the latest brew house to open up shop in the Wilmington area, joining eight others, five of which have opened up within the last year.

Wilmington’s emergence as a beer-lover’s paradise has gotten national attention, putting the city on the map as one of the “Top 5 Beeriest Beach Towns in America.” 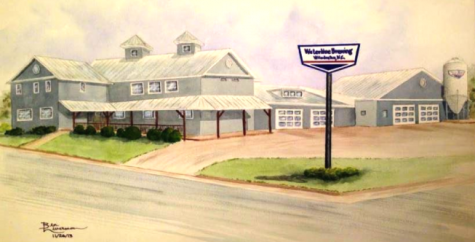 According to Waterline’s website, the business plans to eventually add a Rye Pale Ale, dark German wheat, English-style IPA and “who knows what else.”

“We love beers, all kinds of beers, and now we’ll be able to make and share whatever strikes our cranium with our friends and customers,” according to the site.

And since the founders took great care to preserve the original structure of Jacobi Warehouse, they want to show it off through tours that help visitors understand both the brewing process and the history of Waterline’s home.

Saturday’s celebration will feature those first six beers. Local bands Boba Funk and Dirty White Rags will play beginning at 1 p.m., with The Clams CD release party rounding out the night. And 2 Bros. Coastal Cuisine will be onsite from 1 to 4:30 p.m., followed by Vittles Food Truck between 5 and 8.

Waterline will be open from 2 to 9 p.m. Tuesdays through Thursdays and 2 to 10 on Fridays. Weekend hours are noon to 10 p.m. Saturdays and noon to 8 on Sundays.