Carole retired from hair dressing just a few years ago. She was known for her shop, “Hair Pointe.”

Graveside services will be held at 11 a.m., Thursday, March 28, in the flag section of Oleander Memorial Gardens. 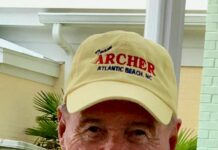