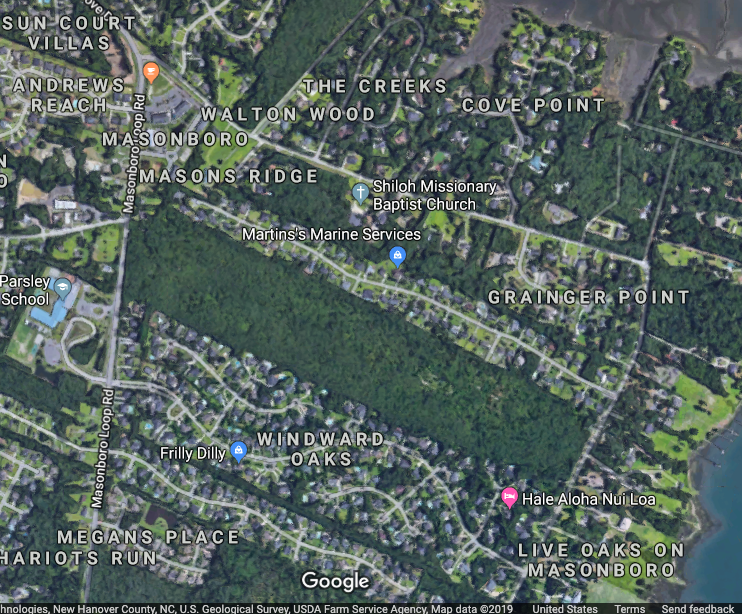 WILMINGTON — Plans are in the works for a new subdivision consisting of 170 new residences off Masonboro Loop Road consisting of both duplexes and single-family residences.

The project would be located on currently undeveloped land between Orchard Terrace and Finian Drive off Masonboro Loop. Plans were submitted to the city’s Technical Review Committee last week for the project which is, for now, known as Masonboro Village.

Initial plans show the 170 residential units, including 36 duplexes, along with a clubhouse and pool on the nearly 65-acre site.

Despite having several existing wetlands on the property, it is considered an ‘X’ zone by FEMA flood maps meaning it is at minimal risk for flooding.

While it does seem to be a lot of individual lots for the area, the developer behind the project, a Raleigh based company called Raleigh Wilmington Investors LLC. claims it has earned a ‘density bonus’ based on the city of Wilmington’s Land Development Code for ‘exceptionally designed projects.’ 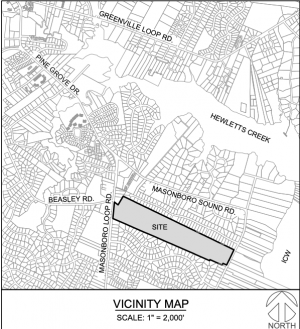 In order to understand the density bonus, it is imporant to know the property in question is located within a Coastal Area Management Act (CAMA) watershed resource protection area.

According to the Wilmington and New Hanover County CAMA plan, “This subclass occurs along the tidal creeks and is defined as the area within ½ mile of the 100-year flood plain for those creeks. The impact that the resources is being protected from is pollutant laden stormwater runoff from impervious surfaces within the watershed. The protection strategy for this subclass of resource protection area focuses on minimizing new impervious surface, retrofitting protection measures to improve water quality of runoff from existing impervious surfaces and to promote low impact best management practices for development and redevelopment.”

What does this have to do with a density bonus?

Well, according to Article 10 of the Land Development Code, “Greater development density shall be allowed if certain conditions are met. These ‘development bonuses’ are intended as incentives for developers to practice environmentally preferred design techniques. An incremental bonus of additional dwelling units per acre and additional impervious surface will be allowed for projects that reach the threshold points earned through adding features of an ‘exceptionally designed project,’ provided the baseline criteria are met.”

The submitted plans do not explain how or why the planned development meets the criteria of the city to qualify as an exceptionally designed project, but it is assumed the city will verify the project does or does not qualify for the bonus.