WILMINGTON — What exactly are cities doing to help mitigate the problems stemming from the lack of affordable housing? That was the question posed by the state legislature earlier this summer in Senate Bill 316, which set a deadline for cities with more than 90,000 residents to respond.

The City of Wilmington is one such city.

The law itself focused on properties that are owned or overseen by local government, since cities have no say in private property rental rates.

“In sum, there are 3810, affordable home units in use within the City of Wilmington that are subsidized by local government revenue or tax credits, or which have local government oversight,” the report notes.

The state law required cities to answer 12 different questions or respond to different aspects of the affordable housing crisis within the municipality’s purview.

The City of Wilmington did respond to all 12 topics and the entire report can be found at the bottom of this article.

Higher density in Wilmington has been a common complaint of residents both old and new as more dense development in a small geographic area means more congestion on streets and stretched public services and utilities.

But for Wilmington, higher density is actually a good thing when it comes to working towards affordable housing, according to the city’s report.

“The city of Wilmington’s comprehensive plan, adopted by City Council in 2016, has numerous policies in support of higher density residential and mixed-use development. These policies are routinely implemented through the up-zoning of existing properties originally zoned and developed at lower densities. In particular, the city’s multifamily zoning districts, MF-L, MF-M and MF-H allow for development densities of 9, 17, and 36 units per acre, respectively. A recent examination of rezonings over the past 5 years showed that the city’s allowable densities are already in excess of those desired by the development community,” the document reads.

Just how many multi-family (apartments and townhomes) have been approved in the past few years? According to the city — more than 6,000 — but the city claims that the majority of them are not considered luxury housing.

“In the past 5 years, the city has approved over 6,000 multifamily housing units, the majority of which are not considered “luxury” housing. Another 2,000 multifamily units are currently in the pipeline for review, approval, and construction,” according to the report.

However, ‘luxury housing’ is not defined.

The City of Wilmington frequently condemns and lists homes eligible for demolition when they fail to meet habitable standards, but the city also offers programs to help rehabilitate some of these units.

“This loan program provides an incentive to affordable housing developers to acquire and rehabilitate existing uninhabitable housing stock for rental housing for low-to-moderate-income households. The program provides up to $125,000 at zero percent interest in return for a twenty-year affordability period. An affordability period requires the property remain affordable for a specific term and imposes penalties for failure to comply,” according to the report. 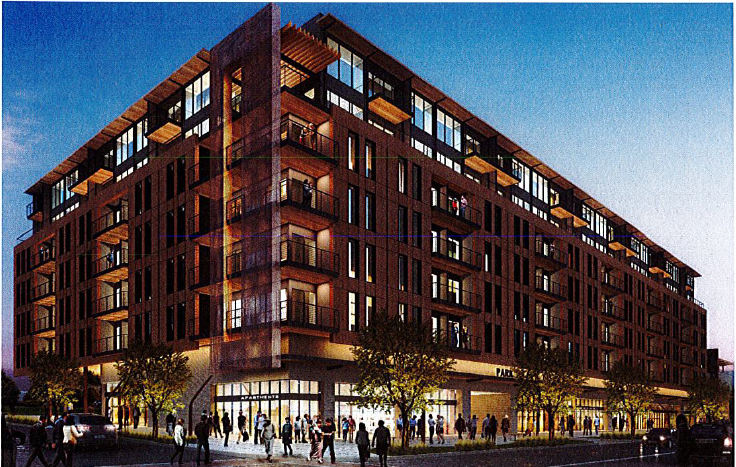 The City of Wilmington and New Hanover County do not actually control the costs assessed by the Cape Fear Public Utility Authority, thus, they are unable to offer discounts for water and sewer fees.

“While the city does not have ownership or authority over centralized water and sewer or county schools, it does have a capital improvement program, adopted as part of the annual city budget, that identifies and ranks expenditures for streets, sidewalks, parks, fire and police stations, etc. The city employs a series of ranking criteria to assist in identifying where such improvements should receive priority,” according to the city.

Other fees that can hinder the development of affordable housing are building fees and other permits, but the City of Wilmington does not issue building inspections.

However, the city is working on a new zoning development that might help in this area — the Workforce House in Mixed-Use.

“Plan review fees for developments within the 1945 corporate limits, where much of the city’s low to moderate-income housing is located, are significantly reduced ($100 regardless of the size of the development or the # of residential units). WHMU, a new zoning option being considered in support of Workforce Housing in Mixed-Use developments, would waive all city development fees for developments that voluntarily include workforce housing,” according to the report.

But just how many affordable units would be required in order to qualify for this benefit is not listed.

For example, a proposal for a new mixed-use, public/private development between the city and the developer East-West Partners is a $90 million project. Initial plans call for residential, retail, office space, a hotel, grocery store, and visitors center. While the developer is planning on including affordable units, so far it is planning just 5% of the 194 units to be affordable.

The WHMU district is not a reality just yet, so it is too early to tell if the developer would even ask to rezone the property, but the appeal of not paying any development fees could encourage the developer to ask for rezoning if it does become a new type of district.

While subsidized housing is a type of affordable housing, it is not the only type; however, it is the one type that the state can require such a report on. The full response to the state can be found in the document below.