WILMINGTON — When the City of Wilmington decided to implement its new short-term rental policy leaders knew it would be taking money out of the pockets of residents who purchased homes specifically to rent out to visitors. City Council debated for years how to balance this against complaints from residents who claimed short-term rentals allowed increased numbers of code violations.

Although the city’s short-term rental ordinance appears to directly contradict state law, the city has moved forward with its restrictions — which includes running a lottery to help limit the total number of rentals allowed in the same area.

On Thursday, a Wilmington couple who had been denied the opportunity to rent their home as a short-term rental took their grievances to the city’s Board of Adjustment (BOA).

In June of 2018, David and Peg Schroeder purchased a second home in Wilmington with the intention of renting it out while they were not using it. The Schroeder’s had lived in Wilmington for 30 years before moving to the mountains but wanted a place to stay when they came back to visit family.

“The lottery was an unequitable and undemocratic solution awarding ‘willy-nilly’ actual rights, privileges, and opportunities to some citizens while not to others,” Peg Schroeder said. “We knew that whatever we did it would have to be a short-term rental because that would be the only way we could afford to do this. So from the beginning, we were looking for a place that could be a short-term rental.”

The new requirements put into place by the city require a separation distance between whole-house rentals, that is, an entire home short-term rental (as opposed to homestay rentals, where homeowners remain on the premises, or the rental of individual rooms).

Because of the separation requirement, the Schroeders were denied permission to rent their home to visitors on a short-term basis. The family essentially lost out in a lottery system, manged by a short-term rental oversight company, Host Compliance, as part of a contract with the city.

“As part of the initial registration process, Host Compliance managed a lottery for registrants. The lottery was conducted by using the RANDBETWEEN function in Microsoft Excel, which assigns a random number between numbers specified. After mapping the 158 registrations received, eliminating duplicate registrations, homestay registrations, properties within 400 feet of a bed and breakfast, and properties located in commercial districts, Host Compliance determined that 93 registrants were eligible for the lottery,” according to city documents.

“We feel that if there are problems with a short-term rental they should be dealt with one at a time just as we would if there was a restaurant that had a health violation. We don’t shut down a bunch of restaurants in Wilmington because one restaurant had rats in the kitchen.”

Because there were two other short-term rentals within 400 feet of the Schroeders’ home they were entered into the lottery system — however — they lost.

“On April 15, 2019, Patrick Beguin with Host Compliance executed a lottery for all submitted applications and provided a recording of the process, which is available on the city’s website. The subject property is located within 400 feet of two other properties that were entered in the lottery. The property located at 1800 Eastwood, Unit 135, won the lottery, precluding the subject property from being eligible for full registration,” BOA documents show.

The family claims that the lottery system is not an equitable system but also that there was no vetting of landlords before selecting who would be granted the permit to operate. The entire process of regulating short-term rentals based on issues that have happened to other units — that is, alleged complaints against other rentals — is also unfair, according to the Schroeders.

“I don’t know these people I have nothing against them …  but the fact is that they might be terrible landlords, they might be the worst … there was no vetting process, no application of what kind of landlord are you. We feel that if there are problems with a short-term rental they should be dealt with one at a time just as we would if there was a restaurant that had a health violation. We don’t shut down a bunch of restaurants in Wilmington because one restaurant had rats in the kitchen,” Schroeder said. 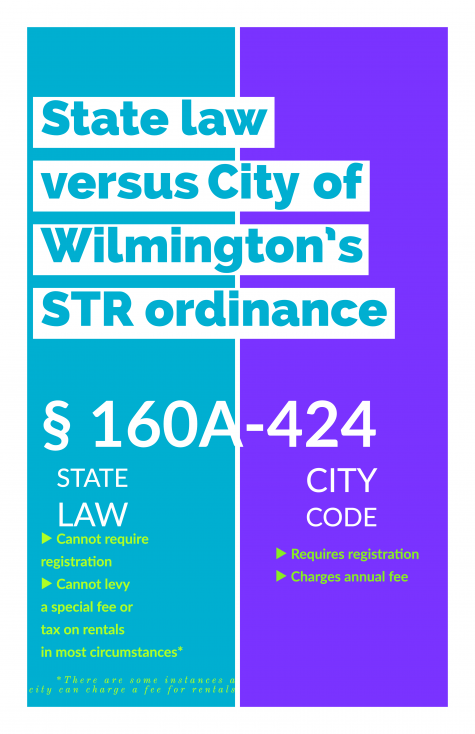 This is not the first instance of a homeowner fighting the city over its short-term rental laws, in fact, a three-year court battle recently concluded in favor of a property owner who took the city to court over the restrictions — and he won.

Schroeder questioned the BOA as to the validity of the city’s ordinance citing State Statute Chapter 160A-424 which clearly reads:

“In no event may a city do any of the following: (i) adopt or enforce any ordinance that would require any owner or manager of rental property to obtain any permit or permission from the city to lease or rent residential real property,property or to register rental property with the city, except for those properties individual rental units that have either more than four verified violations in a rolling 12-month period or two or more verified violations in a rolling 30-day period, or upon the property being identified within the top 10% of properties with crime or disorder problems as set forth in a local ordinance.”

But as previously shown by the brief statement issued by the city when previously asked about the state statute, there is little regard for the state law as the city does not believe it is applicable to them.

When asked why the law does not apply, the city only said in a statement, “The city’s position is that this law deals with building inspections whereas the city’s new ordinance deals with zoning.”

Schroeder said she would like the city to simply acknowledge they made a mistake and say “My bad … and step up and do the right thing now.”

Further complicating the city’s regulations is a new law, Senate Bill 483, passed on July 1. The law appears to further clarify that state law does prohibit the type of regulations Wilmington has imposed on vacation rentals.

The law,  reads in part, “The provisions of this Chapter shall apply to any person, partnership, corporation, limited liability company, association, or other business entity who acts as a landlord or real estate broker engaged in the rental or management of residential property for vacation rental as defined in this Chapter. The provisions of G.S. 160A-424 and G.S. 153A-364 shall apply to properties covered under this Chapter.”

“The City of Wilmington needs to realize that they are out of line with this restriction and this ordinance,” Schroeder said.

Ultimately the city’s legal counsel said that in order to overrule the decisions made by City Council the Schroeder’s would have to go through the court system to fight it. The next step for the family is to challenge the statute in Superior Court.

The BOA upheld the city staff’s execution of the lottery process and did not grant the family a permit to operate a short term rental. 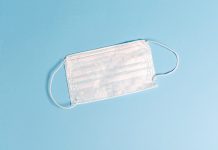