Neighboring counties have placed restrictions on water usage but CFPUA is only suggesting its customers conserve water.

WILMINGTON — As the region continues to see hot and dry conditions, water utility providers around the Cape Fear area have already seen the stress put on water systems prompting water restrictions in both Pender and Brunswick Counties — meanwhile, in New Hanover County, CFPUA is only “encouraging” voluntary water preservation.

“Cape Fear Public Utility Authority encourages customers to use water wisely as persistent high temperatures and lack of rain increase demands on the community’s drinking water systems. Although CFPUA has not implemented water-use restrictions at this time, customers should consider steps to reduce water use to ensure service for all customers and adequate supply for essential services, such as fire protection and medical uses,” according to a press release.

In Brunswick County, residents have seen repeatedly lower water pressures due to high use, but only a few CFPUA customers have been affected similarly.

“Sporadic low pressure has been reported by some customers in the Middle Sound area over the last several days. CFPUA staff are exploring interim steps to mitigate this until a planned water main extension is installed sometime in late 2020 or early 2021,” according to the release.

Although not under any advisory, there are steps residents can take to help conserve water. 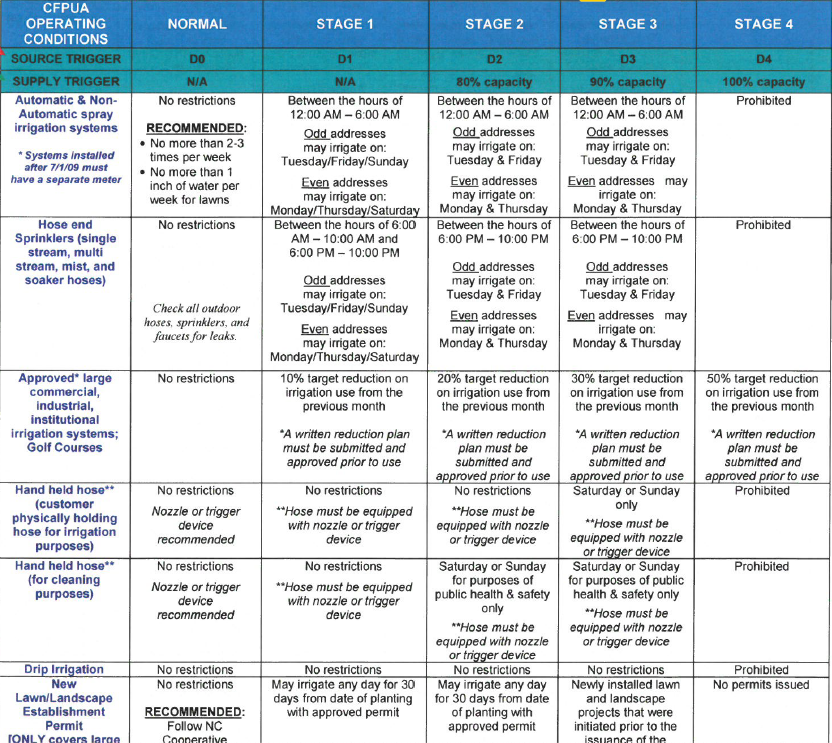 As of now, CFPUA has not reached any of these triggers, according to CFPUA spokesman Vaughn Hagerty.