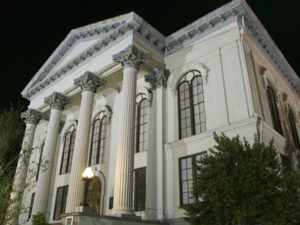 The Wilmington City Council approved the city’s budget for the 2016 – 2017 fiscal year, which begins July 1.

The $169 million budget, of which $105 million is part of the general fund, was unanimously approved by all six council members and the mayor Tuesday night. The net budget is a 17 percent increase over the current budget of $144 million, and the general fund grew nearly 11 percent from 2015 – 2016’s $95 million budget. Those increases, according to the city, are due to changes in operational and capital costs. The amount approved for capital projects is $16.5 million.

While the tax rate was not raised, there will be a 43 cent increase to the monthly stormwater fee. According to the city, this means a jump from $7.23 for the average home to $7.66.

Of the general fund budget, $46.5 million has been pledged to public safety in response to the needs of the Wilmington Police Department and other organizations that are working to address the recent spike of gang, youth and drug violence in the city. This includes $174,000 for the hiring of three new officers as well as $105,000 for two civilians who will take over the positions of crime scene technician and crime prevention specialist. This will allow the two sworn officers currently holding those positions to return to patrol units, meaning a total of five additional officers will be put on the streets next year. Nearly $11,000 is also being dedicated to funding a part-time gang prevention specialist, whose work was funded this past year by a grant that expires this month.

The public safety portion of the budget also includes $117,000 for three crime analysts who will be based at the new Real Time Crime Center, which Chief Ralph Evangelous is establishing at WPD headquarters to help provide the most up-to-the-minute information to responding officers using hundreds of video feeds as well as information gathered from databases and social media.

Twelve community organizations that work to prevent youth violence and/or provide intervention will be receiving a total of $676,000 for their programs, a 13 percent increase over the previous year’s allocation. These groups include the Blue Ribbon Commission, which provides a job training program as well as education and safety programs; Phoenix Hometown Hires, which helps with job placement; DREAMS of Wilmington, which offers art programs and the Brigade and Community Boys and Girls Clubs.

Another major city initiative is to raise the supply of affordable or workforce housing in Wilmington. The budget includes $300,000 that will fund a homeownership opportunity program ($50,000), owner-occupied housing rehabilitation programs ($150,000) and minor repairs ($100,000).

The city will also maintain an emergency fund balance of more than $31 million.

There is no change to the ad valorem tax rate, which will remain at 48.5 cents per $100 of assessed value, of which 41.5 cents goes to the general fund, five cents to the 80/20 Capital Debt Plan and two cents toward the debt service for the transportation bond approved in 2014. Last year, a 2.5 cent increase was approved by council (two cents to the bond and half a cent to the general fund.)