Wan’s work, “The Noise We Make and The Shadow We Create,” is a sculpture created from hundreds of rusted bells encased in wax — as to keep them hushed. In “Silent Witness,” Bowron’s androgynous mannequin heads are lined up, featureless and devoid of a mouth. Cole’s full-scale prints take up notions of beauty and servitude, and are made from crushed and hammered ironing boards; he named each after a woman from his family.

CAM also opened “Pinkie’s Memories,” dioramas created by artist Pinkie Strother in relation to her childhood memories growing up in Maryland in the ‘50s and ‘60s.

The museum stays open later on Thursdays until 9 p.m., and serves dinner in its adjoining café. Perry Smith will perform acoustically from 6 p.m. – 8 p.m. Thursday night — free with admission.

Annually, local rowers get together to celebrate the art and sportsmanship of the Dragon Boat Regatta in Carolina Beach. The race and boat championship actually takes place Saturday from 9 a.m. to 5 p.m. at the Carolina Beach Yacht Basin. The competition has 20 teams going head to head on 45-foot boats (awards take place at 4 p.m.).

On Friday night, the party kicks off early in Dragon Boat Team Village on Canal Drive in the public parking lot behind Seawitch Cafe. There will be live music, food, beer and soft drinks for sale. It’s free to attend both events; proceeds benefit Ocean Cure.

MORE FRIDAY HAPPENINGS
The Phantom Playboys — The rockabilly swingin’ Phantom Playboys will bring their big brass rockin’ sounds to The Dubliner Irish Pub (1756 Carolina Beach Rd.) on Friday night at 7 p.m. The show is free and kicks off the half-way point to St. Patty’s Day 2022.

Little Shop of Horrors — Bellamy Mansion (503 Market St.) continues its Summer Sci-Fi at the Mansion series with the 1960’s film “Little Shop of Horrors.” The film follows a geeky young man who is in love with a flower-shop girl, and to impress her finds a rare carnivorous plant that becomes the town attraction. Yet, it only grows when quenching its thirst for blood. Chairs and blankets welcome; concessions sold onsite at Bellamy — $5 suggested donation at the door.

The Grass is Dead — A Grateful Dead bluegrass cover band will be playing the Palm Room (11 E Salisbury St.) in Wrightsville Beach on Friday. The band blends bluegrass, swing, and folk into the famed jamband’s classic tunes. Tickets are $10.

The activities kick off at 11 a.m., with organizations and local community members parading from Hanover down Front street for seven or so blocks before turning up on Dock to 2nd toward Market Street.

Thereafter, a celebration will take place in the Legion Flynn Parking lot (2nd and Market streets), with three bands, including Striking Copper, Malones and Blarney Brogues, taking the stage throughout the day. The Walsh Kelley School of Irish Dance also will perform. Food and beverages are sold onsite, but the event is free to attend. Everything will wrap by 6 p.m.

MORE SATURDAY HAPPENINGS
Brooklyn Arts Laughs — A night of comedy will get underway Saturday night at Bottega Art and Wine (723 N. 4th St.) in the Brooklyn Arts District. The event is hosted by Brad Allred, featuring standup comedy by Natasha Locklear, Zack Burk, Mike Byrd, Steph Stigma, Julia Desmond, and Brian Grainger. Doors are at 7:30 p.m. and the show is at 8 p.m. Tickets are $8 in advance or $10 at the door.

In March 2020, Clifton Truman Daniel, the grandson of the 33rd U.S. President Harry Truman, was slated to take over the Thalian Hall stage to portray his family’s patriarch. The event was postponed because of Covid-19, but, finally, Daniel will make his debut in Wilmington.

“Give ‘Em Hell, Harry!” — which someone yelled at the president during a campaign stop in 1948 — takes audiences through the world of Truman in an autobiographical one-man show created by playwright Simon Gallu. The play debuted in 1975 in the Ford Theatre in D.C., and then became a film and earned James Whitmore an Academy Award and Golden Globe nod, as well as a Grammy win for Best Spoken Word Album. When the play debuted, it was hosted by Truman’s daughter Margaret; Daniel is Margaret’s son, who has also authored books about his grandfather. He will capture Truman’s upbringing in youth and through his presidential years, including momentous decisions and events of the time.

MORE SUNDAY EVENTS
Cry Wolf — Thalian Association Community Theatre will present the youth production “Cry Wolf” at the Community Arts Center on 2nd and Orange streets. The show follows the story of a forest of wolves that have been fast asleep for 50 years, but awaken to find nearby villagers in a tizzy. They fear their flock of sheep — the wolves’ favorite food — will start disappearing. The show includes a mishmash of well-known nursery rhyme characters, like a boy named Peter, Little Red Riding Hood, the Three Little Pigs and a rebel sheep, Snowflake, who try to outsmart the one and only Big Bad Wolf. Tickets are $15, show is at 3 p.m. “Cry Wolf” will run Friday through Sunday next weekend too.

Have events for consideration? Email info@portcitydaily.com

Subscribe now and then sign up for our newsletter, Wilmington Wire, and get the headlines delivered to your inbox every morning. 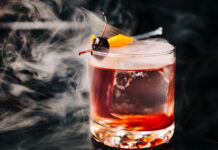