SOUTHEASTERN NC — It’s the official kickoff of Riverfront Park’s first national touring act coming through downtown this weekend with Widespread Panic playing Friday, Saturday and Sunday nights. Aside from the obvious music opportunities that likely will have people crowding downtown’s Riverwalk, it also means afterparties are taking off across town.

We have listed quite a few below for you jamband fans who don’t want the groove to stop after Panic performs their final encores each night.

However, other opportunities are available too for folks who wish to enjoy live theater and movies, even a beer release party that gets underway tonight!

Whatever you choose to do, cheers to Li’l Friday and all the fun in store!

Have an event you want considered for inclusion in PCD’s Li’l Friday Roundup? Email info@portcitydaily.com.

The new bookstore in the Cargo District is welcoming Mike Blair at 7 p.m. to its container to discuss how songs are written and the cadence and rhythm of poetry and prose. The event is open to the public and Blair, who plays with local band Mike Blair and the Stonewalls, will perform some of his classic tunes, while discussing his own favorite books.

Attendees are encouraged to bring a chair or blanket to join the program, which will take place outside. A Q&A session with Blair will follow.

Downtown ILM Market — A night market is held downtown once a month as part of Downtown ILM Market, with 10% of proceeds from vendors going to Temple Baptist Church’s Helping Hands Ministry. The market takes place at 1801 Market St., 4 p.m. – 8 p.m., and will feature locally made arts, crafts, jewelry, clothes, and more.

Thalian Association is celebrating the sounds and women of the ‘60s in its latest musical revue, “Beehive: The ‘60s Musical.” The show covers music from artists such as Aretha Franklin and Janis Joplin. Songs, including “My Boyfriend’s Back,” “Me and Bobby McGee,” “Respect” and “Downtown,” will be played.

The show is being directed by Cathy Street and choreographed by Timothy A. Mills.

MORE HAPPENINGS
Widespread Panic Afterparty — The well-known jamband Widespread Panic is christening Riverfront Park this weekend over three nights and many businesses are hosting pre- and post-parties in its honor. One is The Artworks at 200 Willard Street. The party takes place from 11 p.m. – 2 a.m. and will feature a Talking Heads tribute band, Same As It Ever Was. Tickets are $25 with proceeds benefiting Meals on Wheels. Flying Machine Brewing Co. will be on hand serving up suds.

Latin Social Dance — It’s back! Social dancing the salsa, merengue, bachata, cha cha and other Latin dances. The Wilmington Latin Dance group meets at Brunches on Randall Parkway and encourages folks to dress in their tropical best Friday night! It’s $12 admission beforehand or $15 at the door, with lessons beginning at 9 p.m. and social dancing starting at 9:30 p.m. Tickets are here.

Thursday Night Bridge Circle — It’s also the final weekend run of Opera House Theater Company’s original production, “Thursday Night Bridge Circle.” Tickets are $30 and still available. The original production was written by local director Ray Kennedy and covers the integration of schools in a small NC town in August 1970 and how a group of females in the local Bridge club react to it.

Start your Saturday off at 8:30 a.m. with a little peace and tranquility outdoors at the New Hanover County Arboretum. The class is open to all levels of practice.

Each week the organization changes; the Arboretum hosts yoga classes every Saturday through mid-August. Refunds are not available. Donations accepted on site, though all folks welcome with or without payment.

MORE HAPPENINGS
The Male Men — Reggie’s will serve up all your rock ‘n’ roll needs this Saturday night with a triple bill, with Wilmington’s own The Male Men, featuring Reggie’s owner Charles Krueger. AZZA and Exercise will also play. There’s a cover charge. Reggie’s is located at 1415 S 42nd St.

Every Sunday at dusk, the town of Carolina Beach screens free movies at the lake. On July 18, they’ll be screening the family-friendly “Tom and Jerry,” based on the famed Hanna-Barbera cartoons.

Check in with Carolina Beach Parks and Recreation Facebook page for weather updates.

MORE HAPPENINGS
Widespread Panic Afterparty — As Panic wraps up its final show in Wilmington, The Dubliner will be hosting its final afterparty with local jamband Medicated Sunfish on Sunday. It’s also throwing afterparties all weekend after each Riverfront Park show, including The Possums Duo Playing Dead on Friday and Sean Mills of Machine Funk on Saturday. The Dubliner is located at 1756 Carolina Beach Rd. 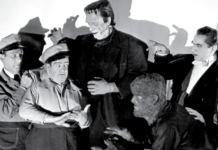