WILMINGTON — On Tuesday, June 29, Tedeschi Trucks electrified Greenfield Lake Amphitheater. It was the first show back in 18 months since Covid-19 shut down a great deal of the world and stripped concerts from audiences.

Though tours came to a complete halt, many artists turned toward creating new music, others launched livestreams on social platforms. Among them was Derek Trucks and Susan Tedeschi — most well-known as part of the Tedeschi Trucks Band. The husband-and-wife duo launched Fireside Sessions, a scaled-down version of performing live music with only some of the Tedeschi Trucks Band members joining each stream. They utilized the show to create new soundscapes and sometimes even debut new songs.

Before venues began opening again in the post-Covid world, Tedeschi and Trucks planned on taking Fireside Sessions on the road. Like the livestream, the tour, Fireside Live, wouldn’t include their normal dozen or so members but only a few who would join at each stop. Wilmington’s performance welcomed Trucks and Tedeschi, as well as Mike Mattison on vocal harmony and guitar, Tyler Greenwell on drums, Brandon Boone on bass, and Gabe Dixon on keys.

All 1,200 seats sold out in the amphitheater, as the band played for a few hours through two sets of their own music and quite a few covers. They even paid tribute to the late, great John Prine and ended the night playing “The Storm” and slipping into a cover of Allman Brothers’ “Whipping Post,” sending the crowd into praises for the return of live music once again.

Scroll down for a look at photos from the show, courtesy of Moon Frog Media.

Over 40 artists revel in light, rebirth and renewal at CAM’s annual ‘Illumination’ exhibit 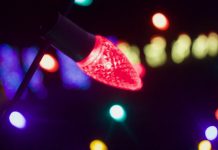