A first look at municipal elections in 2019: Here’s which local seats are up for grabs

With candidates already jumping in the ring for the 2020 Presidential Elections, it's certainly not too early to think about this year's municipal elections.

SOUTHEASTERN N.C. — It’s a new year in the Cape Fear region and while county, state, and federal officials are just now taking their places as newly elected leaders, municipal elections are ready to get going for 2019.

In North Carolina, municipalities may hold odd-year elections that don’t to coincide with federal and state elections. 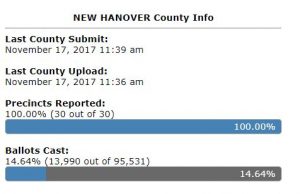 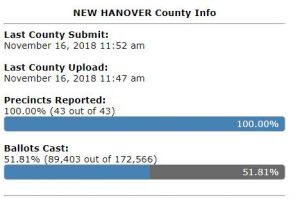 Voter turnout during odd-years is typically abysmal when compared to turnout during even years. For example, for the 2015 municipal elections in New Hanover County, only 13,990 out of 95,531 eligible votes were cast, just 14.64 percent.

This year, November 5 is the day for municipal elections and there will be plenty of seats for candidates to fill. While filing does not even begin for another few months, we can report which candidates will be up for reelection in November.

The county seat and largest municipality in New Hanover County will see three council members and the mayor’s term expire.

South of Wilmington across Snow’s Cut Bridge is the Town of Carolina Beach. This year two councilmembers and the mayor will have their terms expire.

Even further south on Pleasure Island, Kure Beach has two commission seats and the mayor’s position up for election.

East of Wilmington and north of Carolina Beach is the coastal town of Wrightsville Beach, three members will be up for reelection this year.

Wilmington’s neighbor to the west just across the Cape Fear River has been growing exponentially in the past few years. Three of the five governing leaders will have terms expiring in 2019.

The small town of Belville that neighbors the Town of Leland has several seats on its board including the mayor’s term expiring in 2019.

Oak Island is located south of Wilmington in Brunswick County on the way to South Carolina, four members of the town’s governing body will have terms expiring in 2019.

Located in Brunswick County neighboring Oak Island and the Cape Fear River, Southport will also have multiple board member’s with terms expiring. Alderman Todd Coring stepped down this year to become the town’s police chief. Marc Spencer, who lost to Coring in the 2015 election, was appointed as his replacement and will run for election this year.

One of Pender County’s fastest growing municipalities, this beach town located north of Wilmington has three terms expiring on its town council and the mayor’s seat.