BRUNSWICK COUNTY — The Brunswick County Board of Education will likely see a shakeup by the end of this year. Tuesday’s primary election results, with all precincts reporting, show two Republican newcomers ousting longtime board members.

Presumptively, Steve Barger may serve as the board’s newest member. Because no Democratic candidates filed for election, Barger will appear as the lone choice for their respective districts in the general election in November. Unless someone launches a successful write-in campaign in district four, his ultimate election seems more likely than not.

Newcomer David Robinson just barely inched out a win over incumbent board member Catherine Cooke. Robinson leads by just 114 votes, a 0.8% margin. Votes aren’t final until the Board of Elections conducts its canvass March 13.

Absentee ballots postmarked Tuesday have not yet been counted. In North Carolina, a candidate may request a recount if the difference between the winning candidate is less than 1% of the total votes cast.

Cooke could request a recount if the results hold. According to Cooke, 583 provisional and absentee ballots remain uncounted. She said she will wait until the canvass to determine whether a recount is in order.

First elected in 2008, Cooke has served three consecutive four-year terms on the board.

Barger, a first-timer to the Board of Education race, currently serves as a Commissioner in Boiling Spring Lakes and works full-time in the public safety and emergency services field.

Reached Wednesday morning, Barger said he isn’t counting it as a guaranteed win even though his name will be the only one in his district to appear on the ballot. “Weirder things have happened,” he said. “We’re still going to work.”

Barger counts his experience serving as an elected official and grassroots campaigning as factors that contributed to Tuesday’s results.

“I’m a boots-on-the-ground kind of guy. I think that is still the most effective way to do politics,” he said. Shaking hands and meeting neighbors still matters to people, he said, even in the age of social media (which Barger has effectively utilized even before this campaign as Commissioner to communicate with residents). “The grip and grin still matters. I think that is the one thing that has made me successful so far.”

Board member Charlie Miller, whose term doesn’t expire until 2022, could leave a vacancy should he get elected as a representative serving House District 19. Miller was successful over Republican opponent David Perry in both New Hanover and Brunswick County Tuesday. His win in his home county was stronger, a two-to-one margin, versus a thinner 10% margin over Perry in New Hanover County.

Combing votes from both counties, Miller falls behind Democratic primary winner Marcia Morgan. However, this is variable considering partisan votes will consolidate and turnout will change by the general election in November.

Should Miller win, the Brunswick County School board will be left to appoint a resident of district three to serve the remainder of his two-year term.

Candidate filing is now open. Here’s who filed so far 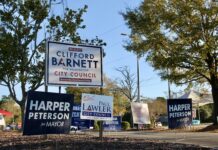 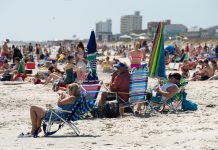