WILMINGTON — The two Republican candidates squaring off in the primary race for District 20 are at odds over one of the candidate’s YouTube videos, which portrayed his female employees wrestling in a small tub of grits, apparently to secure a promotion.

The dispute is between Representative Ted Davis, who held a seat in District 19 prior to redistricting and is now running in District 20, and his challenger, Wilmington businessman Justin LaNasa. Davis recently ran an ad campaign and created a webpage attacking LaNasa for the videos; the campaign marks a change in tone for Davis, who has in the past spoken out against ‘negative campaigning’ and frequently reiterated his desire to stick to the issues.

In response, LaNasa critiqued Davis’ voting record and accused Davis of violating copyright law by using his videos, which he has since removed from YouTube (some of the original footage remains online as part of Davis’s campaign advertisement).

Port City Daily did not receive Davis’s campaign announcement but was later notified about the campaign page by a third-party consultant. Port City Daily confirmed the same videos appeared on both Davis’ campaign site and LaNasa’s YouTube page, although they were removed before this article was published.

Prior to their removal, several videos — narrated by LaNasa — appeared to show two of LaNasa’s female employees, one clothed and one wearing a bikini bathing suit, wrestling in a tub of grits. The incident apparently occurred at the Hardwire Tattoo location on North Front Street in downtown Wilmington. The video was dated August 2012.

The ‘wrestling match’ was apparently designed to decide which of the female employees would become ‘head shop girl,’ ostensibly a promotion.

Last month, current State Representative Ted Davis sent out a press release, drawing attention to a website created with his campaign’s approval. The site — which is still active — embedded four of the videos from LaNasa’s YouTube page; according to Davis’s campaign, this was “to create a landing page to capture the full video to ensure that all of the content was available without any editing.”

Davis made a statement in that release:

“If you are going to vote for someone, you need to know what type of person that they really are and not what they appear to be. I found the YouTube videos posted by [LaNasa] to be very disturbing. While I have always tried to focus on my record and not the record of my past political opponents, because of the content of these video[s], all Republicans in New Hanover County [should] be informed of his past behavior. This is why I am launching this advertising campaign.”

Asked this week why his campaign chose to deviate from Davis’ stated goal of focusing on the issues, Davis responded, “I was shocked when I viewed Justin LaNasa’s YouTube videos, which he published for anyone to see. I personally found the content of these videos to be disrespectful, disturbing and appalling. The kind of behavior shown towards women in the workplace is not what we need from our Republican candidates or our legislative leaders, and I feel strongly that the voters need to be made aware of this behavior in these unedited videos now rather than after they may have voted. Whether you vote for me or not, Republicans deserve better and all of New Hanover County deserves better.”

In response to Davis’ ad, LaNasa challenged the legality of the use of his YouTube videos by Davis’ campaign team; he also attacked Davis’ record.

“How can a state legislator and lawyer like Ted Davis Jr., who has written state laws and practiced private law, not know about copyright laws? Well, I think he does, and did, when he broke the law by stealing my copyrighted material under 17 U.S. Code Chapter 5. He clearly likes to break the law to benefit himself and the establishment he answers to,” LaNasa said in a statement.

LaNasa then pointed to a 2016 bill that made it significantly more difficult for Wilmington residents to get referendum issues on the local ballot; the request for the new law came from the Wilmington City Attorney’s office, and received bi-partisan support from the local delegation, including Davis, as it was passed into law.

“This is very evident in his voting history. He sponsored HB1083/2016-13. This bill virtually takes our rights, as citizens, to place a referendum on the ballot to decided issues by the voters on the ballot (i.e. Baseball Stadium, Hospital Sale, etc.),” LaNasa wrote in his statement.

“He has also voted to take the parent’s voice out of school decisions with HB315. And, with SB55, Davis voted against school bus cameras. This kind of behavior has to be stopped and the only way this will happen is if you go to the polls as a Republican or pick Republican as an unaffiliated Voter and vote him out of office! As your next NC House District 20 Representative, I vow to NEVER VOTE against our constitution or our Gun Rights as Representative Davis has in the past,” LaNasa wrote, pointing to negative evaluations of Davis by the conservative gun rights groups Grass Roots North Carolina.

LaNasa closed his statement by reminding voters that ‘early voting’ for the primary is open until the end of February, with Primary Election Day (a.k.a. Super Tuesday) on March 3. 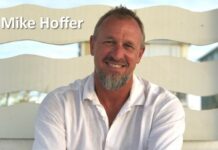 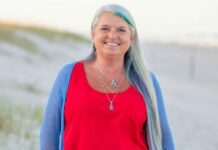