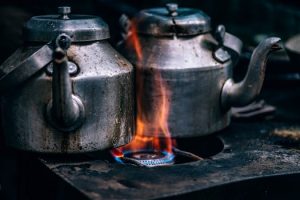 ROCKY POINT — Pender County Utilities Water customers in the central and western areas of Pender County are experiencing periods of low pressure or outages due to a water main break along east Montague Road, and the company has issued a boil-water advisory for affected customers.

This may continue for the next 8 to 10 hours until approximately 10 p.m. Wednesday, Sept. 20, according to a press release.

“Periods of low or no pressure in the distribution system increases the potential for back siphonage and introduction of bacteria into the water system,” said Bryan McCabe, interim public utilities director.

“The Rocky Point/Topsail Water System and the NC Division of Water Resources advise when water is restored, consumers boil all water used for human consumption,” he said.

Drinking water, water used for making ice, washing dishes, and any other food preparation is recommended to be boiled.

If customers do not boil water, the press release encourages them to use bottled water.

The affected areas include NC Highway 11 (Willard), along Highway 117 from the Duplin County Line south to the New Hanover County line, and west of Highway 117 to US 421 served by Pender County Utilities, known as the Rocky Point/Topsail Water Sewer District.

Water service will be returned to customers as soon as possible upon completion of the repair work.

Vigorous boiling for one minute should kill any disease-causing organisms that may be present in the water.

This advisory remains in effect until further written notification is issued.