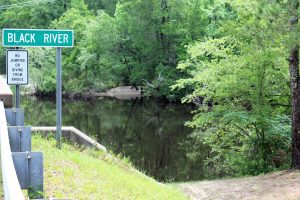 PENDER COUNTY — The North Carolina State Parks Department has proposed a new state park along the Black River, in parts of Pender, Bladen and Sampson counties. While some are excited by the prospect, others have doubts, worrying that a park could interfere with the delicate ecosystem in the area.

Some have even gone as far as starting petitions, seeking to stop the idea before it gets off the ground.

According to State Parks Department Spokeswoman Katie Hall, this is why planning is still in the preliminary stages, with a series of public hearings being held in their respective counties beginning later this week to determine residents’ opinions about the proposal, as well as to explore potential impacts a park may have on surrounding areas.

“We want to talk to the public about their priorities, from there we’ll also make some suggestions and offer some options, then we’ll get public feedback on those options,” Hall said. “So, part of that will be part of the study, and the other part of that will be public meetings if the park is approved and goes into development, so, we go to the community two times.”

One the main concerns expressed about developing this park is about the conservation of the ancient cypress forests that line the riverbanks. Now, access to the area is extremely limited, leaving very little opportunity for harm to come to the forest, at least in respect to human interference.

“So, the focus of the park would be to provide multiple access points for a variety of recreational activities,” Hall said. “The attraction of course, or main focus, is these 1,600-year-old cypress trees, that are known to be the oldest trees east of the Rockies, and also some of the oldest in the entire world.

“All State Park organizations are different in their missions, the number one focus of North Carolina State Parks in that mission is conservation,” she said. “So, that means that above all else, even above recreation, our purpose of having State Parks is to preserve the ecology of the area.”

According to Hall this means that if the area is in a pristine natural state, the State Parks Department work at protecting and maintaining it. If that ecology has veered from its natural state, due to things like invasive species or human incursion, they will work to restore that area back to its natural ecology.

“So, the number one tenant of our mission being conservation, we would not sacrifice that in the name of recreation, it would be our absolute top priority,” she said.

Hall said that this would be a “linear style” park, meaning it would run along the banks of the river. However, the size of the park, and where it ends up, is completely dependent on private organizations and citizens.

“The size is really up in the air, other than the restrictions that would be imposed by conservation groups, who are willing to donate those lands to us,” she said. “I know the Nature Conservancy is one of them, and then also willing land owners.”

A tributary of the Cape Fear River, the Black River is already protected along more than 14,450 acres of its shores through private organizations like The Nature Conservancy.

The rest is owned by private land owners, who also, according to Hall, hold the majority of access to the river.

“We don’t take land for state parks, we work with folks who willingly want to sell their land to state parks, or even part of their land,” she said. “We would look at what’s available, and what land owners would be interested, and that would determine what sections of the river the park can be on, and how large it would be.”

Hall said that aside from conserving the area, the main focus would be to allow people public access to the river. Right now, she said, there are some ways to access the river, but they sit on private land.

“So, the big difference having a park there is allowing people to access the river in a way that doesn’t require them to trespass,” she said.

Once established, Hall said the park will provide numerous opportunities for the area, from environmental education to economic boons.

Hall said that, by looking at existing parks, the Parks Department is confident bringing in Park Rangers, as well as introducing educational tools like signs and information centers, visitors could learn a lot about environmental management, conservation, as well as the do’s and don’ts of the area.

In addition, the park would create jobs for the area, as well as bringing people from out of the area, to a place they may not have otherwise ventured.

Hall said that while each individual has a different opinion on the “pluses and minuses” of the situation, in the department’s experience, most communities that voice concern about a new state park before their developed, typically have them cleared up by the time it’s established.

Although the Black River State Park still has many hurdles to pass before establishment is possible, including submission and approval by the North Carolina General Assembly, the key now is input of the people who live in the area.

The Pender County meeting will be held in Burgaw, at the Cooperative Extension Office, 801 S. Walker St. from 4-7 p.m.

For information on the proposed Black River State Park, contact the North Carolina State Parks Department at parkinfo@ncmail.net, or call (919)707-9300.