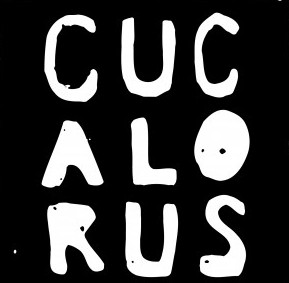 WILMINGTON – Are you a filmmaker interested in experiencing a film festival in a unique way? Or, are you an innovative entrepreneur looking to tap into your creative side?

The 22nd annual Cucalorus Film Festival is accepting applications to participate in its “10 x 10 Challenge,” which will pair 10 filmmakers with 10 business owners to produce videos. Those videos will be created during the week of Cucalorus, which is Nov. 9 to 13 this year.

Businesses must be less than 3 years old and can be from any industry, as long as they have an interesting approach. None of last year’s participants are eligible this year.

According to Rebecca Ederer, the festival’s communications coordinator, applicants will be chosen by a group of businesses representatives, the community, festival sponsors and Cucalorus staff members.

“We take whoever we think would be a good match [for Cucalorus],” Ederer said. “We look for a wide spread of businesses and industries, and we look for filmmakers with a diverse set of backgrounds, as well. It’s kind of all about diversity for us.”

The 10 x 10 Challenge started six years ago during the 17th Cucalorus and is based on musician and filmmaker Norwood Cheek’s music video documentary project of the same name. For the first three years of the Cucalorus version, they followed the original formula of pairing a director and band. The format was “restructured,” according to Ederer, for the 20th Cucalorus to the filmmaker and entrepreneur model.

“It really fits now with what we’re trying to do with Cucalorus Connect in terms of bringing innovation and creativity to businesses,” Enderer said, referencing the tech conference that debuted last year and was held simultaneously with the film festival.

All participants must be in Wilmington for the Cucalorus’ Kickoff Party on Nov. 8, which is when the pairings will be revealed. Participants will be notified that they have been selected beforehand, but not who they will work with until the final screening party on the night of Nov. 13.

Film makers and entrepreneurs may have to be at the kick-off party, but they do not, however, necessarily have to be local.

“We’re looking to reach out to people in the Triangle, people in Charlotte, people from all over the state and even out of state,” Ederer said. “We would definitely consider out of town options, but we would prefer them to be in the southeast region.”

Applications for both filmmakers and entrepreneurs are available online through the Cucalorus website and are due by 11:47 p.m. on Sept. 15.