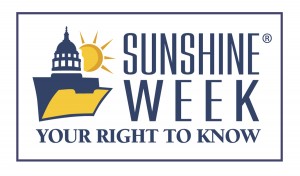 It’s a staple in all newsrooms and on every law enforcement procedural show on TV.

In North Carolina, as in most states, what’s broadcast over the police scanner—typically a cacophony of sirens, license plate numbers and 10-codes—is public record.

Defined in chapter 132 of the North Carolina general statutes, “the contents of communications between or among employees of public law enforcement agencies that are broadcast over public airways” are public record.

But at least one local law enforcement agency is making that communication indecipherable to those tuning in by “scrambling” the radio transmissions so that only unintelligible squawks and alien-like sounds can be heard.

Criminals listen, too, making it dangerous for police and other first responders.

“Officer safety is a growing concern,” said Wilmington Police Chief Ralph Evengelous, whose department began scrambling their radio transmissions in January. “With growing technology, criminals are now able to monitor our movements better than before. We will take every measure to ensure our officers have clear and safe communications.”

“The rebanding effort is a part of the Federal Communication Commission’s nationwide effort to address growing radio interference on public safety channels,” Wilmington Police Department Spokeswoman Linda Rawley said. “The commission believes the interference is due to the expanding wireless communications industry.”

When asked about radio communications as public record, Rawley said, “I don’t think these are any longer public radio airwaves.”

She then referred a Port City Daily reporter to the police department’s attorney, Meredith Everhart, who did not return several calls for comment.

Citing N.C. G.S. 132-1.4(c)(5), he said, “Scrambling such communication may be acceptable provided that the sheriff’s office and other local law enforcement agencies are prepared to provide real-time, unscrambled recordings or transcripts of all such transmissions (unless they obtain an order…to prevent their disclosure) ostensibly negating the stated ‘public safety’ purpose for scrambling in the first place.

“In that public records are public at the moment they are created, it strikes me that any delay in providing access would not be satisfactory under the law,” Tadych said.

“We don’t disagree they’re public record,” New Hanover County Sheriff’s Office Spokesman Sgt. J.J. Brewer said. “You can request to listen to it. The 911 center has a form you fill out and it allows you to listen to [the calls].”

Brewer said nowhere in the law is it required that the information be provided in real-time.

“It says you must provide those broadcasts to the public. It doesn’t say you have to provide it to them in real-time,” Brewer said.

“Back when this law was written, Joe Blow could not buy a scanner and program it himself. Now you can buy a scanner that’s the size of a Garmin…The law was not written in a time when [scanners] were totally obsolete or did not exist. Criminals are getting savvier in how they conduct their business,” Brewer said.

With smart phone aps and scanners as accessible and easily programmable as they now are, Brewer said would-be criminals can listen to the scanner to determine when and where officers may be—information officers do not want them to have, Brewer said.

“Has it become a more prevalent situation? Absolutely. It has definitely brought it to the forefront and we had to address it,” Brewer said. “The average citizen listening is not a problem. Once we see criminals taking advantage, we have to address the issue.”

The Brunswick County Sheriff’s Office does not encrypt emergency communications, nor do they have plans to do so, spokeswoman Emily Flax said.

Emily Grannis, a legal fellow with the Washington, D.C.-based Reporters Committee for Freedom of the Press, said officer safety and media access can and should be balanced.

“We certainly recognize the need to protect officer safety and we don’t want to dismiss that concern. That’s very important,” Grannis said. “But it is also widely recognized that there is a real public interest in having media present in emergency scenes that protect the public because it holds the emergency responders accountable.

“But it also protects emergency responders because it allows someone to see exactly what is happening. Having the media present will help shed light on what happened.”

There are states that have very strong public records laws that allow encryption on emergency communication, Florida among them.

“They have recognized the importance of the media role in these types of communication,” Grannis said. “If the media outlet is willing to purchase the scanner, the police or local emergency responder units then will provide the media with the encryption key. That seems to be a balance of the real concern about officer safety and that the public has access to information coming out of an emergency scene.”

“Of course, in just about every case, we would much rather see this sort of information be public. We prefer to see general public access, but the media is certainly a worthy stand-in for the public at-large. If there is media access, then there is undoubtedly some degree of public access.

“Even if encrypting the communication is not a violation of the letter of the law, it is not in keeping with the spirit of Sunshine Laws.”

Caroline Curran is the managing editor of Port City Daily and a four-time recipient of the N.C. Press Association’s Henry Lee Weathers Freedom of Information Award for contributions to the First Amendment, open meetings and public records in North Carolina. Contact her at (910) 772-6336 or caroline.c@portcitydaily.com. On Twitter: @cgcurran

What redistricting looks like in the Cape Fear region