A 19-year-old man has been arrested for first degree murder by the New Hanover County Sheriff’s Office, according to a press release.

Gary Sikes III broke into the home of 84-year-old Edwin Taylor Boyer, who lived on Selkirk Ct. near the Ogden area, in the early morning hours of Thursday, Nov. 4, according to NHCSO.

While Sikes robbed the home, Boyer awoke and confronted Sikes, according to the press release, which stated Boyer died from multiple stab wounds inflicted by Sikes.

Laster in the afternoon Thursday, deputies received a call for a suspicious vehicle in the same are. The car belonged to Boyer, who was found dead after the deputies conducting a welfare check saw the signs of a B&E and entered.

Sikes, while driving Boyer’s car earlier that same day, was ticketed by NHCSO for passing a stopped school bus and not having a driver’s license, according to NHCSO.

“Detectives located Sikes at his residence and during the investigation it was determined that Sikes was responsible for the murder of Mr. Boyer. Sikes was taken to the New Hanover County Detention Facility where he was given no bond.” 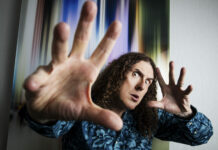 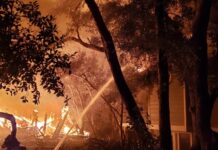