The Wall Street Journal reported that PPD, the Wilmington drug testing company, is on the verge of being sold.

Citing “people familiar with the matter,” the WSJ reported that Thermo Fisher Scientific, Inc. could finalize a deal to acquire PPD as soon as this week.

PPD works in drug development and clinical testing, and is fueled partly by hundreds of millions of dollars in federal government contracts, including research deals related to Covid-19 and HIV/AIDS. A rejuvenated interest in ailments and cures has caused money to flow into the “Contract Research Organization” industry, in which PPD works, according to the WSJ.

Thermo Fisher, the company allegedly set to acquire PPD, deals lab gear and life sciences equipment. The company has a market value of $187 billion compared to PPD’s $13.6 billion, according to the WSJ.

Fred Eshelman founded PPD in 1985, and company revenue first exceeded $1 billion in 2005. Eshelman now works at an investment company “primarily interested in private healthcare companies” called Eshelman Ventures. He became embroiled in the aftermath of former President Donald Trump’s attempt to have the results of the 2020 election overturned. He filed a lawsuit against a pro-Trump group after initially contributing $2.5 million to the former president’s effort.

Last year, PPD announced plans to open a “multifunctional lab” in China after years of international growth. The company was previously acquired by affiliates of The Carlyle Group and Hellman & Friedman in 2011. 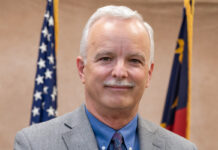