WILMINGTON—If you have a stroke, living in Wilmington is your best bet for a full recovery in hundreds of miles–including the triangle.

The procedure involves a catheter, just a few millimeters wide, that gets installed through the leg or wrist. It’s then fed inside the blood vessels to target clots in the brain, where doctors are able to physically remove the coagulated mass through the endovascular procedure.

It’s all done while the patient is still awake. In videos of the procedure, patients can be seen wiggling as the catheter reaches the brainstem.

At New Hanover Regional Medical Center, the procedure has already saved dozens of lives–lives that would have otherwise fallen to outdated procedures.

Implementation of the new stroke research is rare across the nation, as medicine can often lag between findings and standard of care.

“We are literally in our infancy and we’re beating North Carolina’s times,” Beecher said.

Time is everything in stroke intervention. Every second between a patient in the door and on the table results in lost brain cells.

“I have seen patients come in with the same big stroke and walk out of the hospital two days later, three days later,” Corbett said.

In 2016, medical literature was released that Corbett said, “changed the face of stroke.”

The literature revealed a mechanical thrombectomy could result in a 91 percent “estimated probability of functional independence” in patients with disabling acute ischemic stroke.

For decades, most all strokes were treated with a clot-busting medication that has proven to be ineffective in treating large vessel occlusions, or high-intensity strokes.

Hospitals would administer the intravenous medication, a tissue plasminogen activator (TPA), and hope the medication would break up the collection of coagulated blood before irreversible trauma had taken place in the brain.

“The bigger the vessel and the larger it is the less likely TPA is going to work,” Beecher said.

“Before we had the ability to do thrombectomy here, we had patients who had really big strokes and their outcomes were not good,” Corbett said. “It would take us a couple of hours to send a patient to Duke or UNC to get them treatment and some people couldn’t make it in time.”

“Before I came here he was alone and we weren’t treating aneurysms,” Beecher said.

Doss spent 2017 introducing the new procedure and improving the hospital’s mortality rates, but couldn’t realistically cover all large vessel occlusions on a 365-basis by himself.

Both Doctors of Osteopathic Medicine (DO), each was sourced by Corbett to address over 1,000 of New Hanover Regional Medical Center’s admitted stroke patients every year, in a state where strokes are the third leading cause of death, and double the national average.

Every two hours, someone dies in North Carolina after suffering from a stroke.

“I can almost guarantee you that there is no program anywhere else that there are just two DO’s doing the full gamut of cerebrovascular neurosurgery with stroke intervention anywhere else in the world,” Beecher said.

When an aneurysm ruptures, the brain is filled with excess blood and can cause a fatal hemorrhagic stroke.

“Every time an aneurysm bleeds, there’s a 50 percent chance you just die,” Beecher said. “Out of that 50 percent, somewhere between, maybe 30 is generous, but 20 or 30 percent of people return to their normal life as a functional person.”

As for the people who survive an aneurysm rupture, Beecher said they will live with a “persistent, neurologic deficit.”

“A lot of people in cerebrovascular will call it a ticking time bomb. You have no idea you have it, sometimes you’re lucky to find it incidentally.”

When Beecher first arrived, he clipped an aneurysm using the hospital’s 70s-era equipment, just to get the blood flowing.

“The guys don’t, they haven’t treated aneurysms in a decade. Over a decade,” Beecher said.

“There’s very few other things you’re going to find in medicine that have had this kind of impact, and moved this quickly,” Corbett said.

Because Beecher is credentialed, he has been able to order advanced equipment that the rest of NHRMC’s staff is unfamiliar with.

“It would not be unreasonable if we someday become a destination neurosurgery place,” Beecher said. “Between Dr. Doss and I, we’ve probably done somewhere around 40 to 60 strokes so far. We’re going to be somewhere around 100 to 120 this year.”

The shift is even taking place on the ground, with Emergency Medical Services (EMS) in the county now trained to report whether a stroke patient is suffering from a large vessel occlusion, and eligible to receive a thrombectomy.

EMS responders complete a “Rapid Arterial Occlusion Evaluation,” or RACE score, then report their findings, which make their way to Beecher and Doss’ pagers.

“Do they have a facial palsy? Arm impairment? Legs? Gaze deviation? I’d rather get called too many times about non-strokes than miss a real one because it was undercalled,” Beecher said.

Though not all EMS responders in North Carolina have been trained to provide a RACE score yet, Corbett said county-by-county, more EMS agencies are catching on.

“Slowly but surely, everybody is starting to get on board,” Corbett said. “We fully anticipate all EMS agencies will soon have the education and training.”

In the meantime, some patients in the web between Wilmington and the triangle area may be misassigned to a hospital with a backlog on beds, which means more lost brain cells.

“We’re not going to have a discussion about beds, which is what happens up in the triangle a lot because they have people on hold,” Beecher said. “It is an automatic, send the fastest transport possible while we are discussing where it’s going to go and we will take care of the patient always.”

“I think once they get a taste of that, that will be the end of that discussion.”

Update: This article has been updated to clarify medical language.

Hospital sale endowment shapes up, key activities of the past year outlined 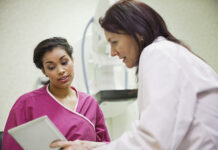 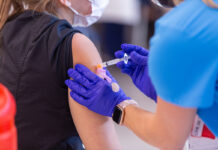