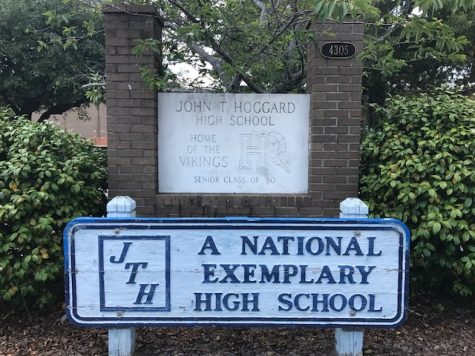 WILMINGTON — Last week, Hoggard High School got its own in-house facility for mental health and substance abuse. The facility faces a generation of students with problems rarely discussed – or treated – in schools in past years.

At a basic level, the WHAT center is the school’s go-to healthcare provider. As Margaret Weller-Stargell, president and CEO of Coastal Horizons, pointed out, school nurses are not allowed to diagnosis or treat students, making it difficult for schools to deal with issues like the flu or strep throat. WHAT will change that.

But while WHAT helps the school provide primary healthcare, what the center really specializes in is mental health and substance abuse.

“It’s a frightening reality, the challenges, and the way things have changed. These aren’t the same kids we were seeing 10 years ago,” Estes said.

Estes said the frequency and severity of mental health issues like depression and anxiety, as well as incidents of drug abuse, seems to be on the rise.

With new issues come new techniques, especially in the field of psychological trauma. Estes explained that mental health issues like anxiety and depression don’t always follow in the wake of a traumatic incident, but there is what Estes called “a fairly high level of coincidence.”

In other words, for WHAT’s staff, treating those mental issues often means dealing with trauma; the way Coastal Horizons social workers do that has changed a lot in the last 10 years.

“We’re much more focused now on modulating emotion. We’re giving students a skill set to prepare themselves to deal with memories of the event,” Estes said. “We realized the limitations of older approaches. They weren’t dealing with the event; and just trying to push forward without doing the work, and that is never going to work.”

At Hoggard’s facility – as well as at the other Coastal Horizons high school facilities – students can check themselves in. That has less to with any new approaches than it does with an old problem.

“There are things that students aren’t comfortable talking to their parents about, that’s nothing new,” Estes said.

Estes said counselors and therapists can meet with students without parents, but that the goal is usually to get students to communicate with their parents.

“There are situations where, for example, a student uses marijuana for the first time. He or she might not be comfortable talking to their parents. So we have the opportunity to talk to them first, and we can tell them, ‘look, everyone makes mistakes… But we’re pretty sure your parents will be less upset hearing about from you, now, than in six months if you’re arrested because you let this thing play out,” Estes said.

When it comes to issues of sexual assault, Weller Stargell said that was even more important.

“There are issues of victim shaming, embarrassment, and other social issues,” Weller Stargell said. “So it doesn’t matter if we call it the RCC, other students know it’s the Rape Crisis Center, and students aren’t always comfortable with that. So we offer a range of times when students can come in privately, as well as phone sessions.”

Weller Stargell said the Hoggard WHAT facility will have a licensed clinical social worker, a certified medical assistant and a nurse practitioner on-site at least 30 hours per week. She expects the facility will have nearly 1,000 parents sign consent forms, allowing their children to take advantage of WHAT’s services.