It’s in virtually every kitchen.

Nutritionists say to avoid it. Yet from the Eastern Seaboard to California, it’s being touted for health benefits, from spa customers to veterans with Post Traumatic Stress Disorder.

What is it? Salt. And chances are, in one form or another, it’s in a spa near you.

“It is a natural breathing treatment,” said Agnieszka Drygala, who owns the Williamsburg Salt Spa in Virginia. “It is nothing new. Ask your grandma.”

Salt therapy comes in two basic forms. One is breathing pulverized salt in a small space, sometimes called a salt cave. Known as halotherapy, it’s believed to work by opening respiratory passages and reducing inflammation, meaning it could be potentially helpful to people with short-term issues, such as a cold, or long-term conditions such as allergies, asthma and chronic obstructive pulmonary disorder.

Another salt-based option is flotation therapy. An updated take on what was once referred to as sensory deprivation therapy, it typically involves floating in a tank or pod filled with warm water and Epsom salt.

Medical studies of salt-based treatments are few. The ones that do exist suggest limited benefits and the need for further research.

A 2014 study published in the International Journal of Chronic Obstructive Pulmonary Disease, for example, found that while salt therapy may improve respiratory function, further studies are needed to assess whether it helped with COPD.

Similarly, the Asthma and Allergy Foundation of America expressed reservations about salt therapy in a March 2016 blog post, saying that for most asthma patients it was unlikely to improve their condition, and in some cases, it could even make asthma worse by causing bronchial passages to constrict: “Since you don’t know how you will react, AAFA warns that it is best to err on the side of caution and avoid salt rooms.”

So with prices ranging from $25 to $79 for a single session, what do you get?

The Williamsburg salt cave is a 400-square-foot room. Drygala and her husband filled the space and lined the walls with more than 15 tons of salt from Poland and Pakistan.

Drygala’s Williamsburg spa was inspired by the Wieliczka Salt Mine in Poland, where she grew up. When her facility opened in 2008, the only other salt spa in the U.S. was in Chicago, she said. Now, she added, there are more than 200 nationwide.

The Williamsburg salt cave is a 400-square-foot room. Drygala and her husband filled the space and lined the walls with more than 15 tons of salt from Poland and Pakistan.  The floor is layered with salt, which doubles as a place for children to play.

“So it’s like being on the beach,” Drygala said.

With children, she said, parents notice improvements in symptoms such as runny noses.

“But of course everybody responds in a different way,” she added.

“It is great for sinus and allergy issues,” said Spa Manager Kelley Manchester. “I’ve used it when I’ve been sick.”

Green Leaf’s salt room requires its clients to be at least 15 years old. The treatment includes spa music, a fountain and a machine called a halogenitor, which maintains a consistent and therapeutic level of salt in the area, Manchester said.

Clients can read books, take naps and even do yoga in the room, Manchester added. Within the past four to six months, she has seen an uptick in interest among spa patrons, especially during cold and flu season.

Another salt-based option is flotation therapy. An updated take on what was once referred to as sensory deprivation therapy, it typically involves floating in a tank or pod filled with warm water and Epsom salt.

Franchises are available through True REST Float Spa, which lists 15 locations on its website, including Detroit and Sedona, Ariz. “Float therapy is a powerful tool for wellness, relaxation, pain relief and better sleep,” the website states.

For example, True REST Float Spa in Wilmington, N.C., has three float pods, according to Janelle Slack, the owner. The pods are filled with about 1,000 pounds of Epsom salt and water heated to skin temperature. For clients who might not like being in an enclosed space, the pod lids can be left open, like a clamshell.

“Some people say they look like a spaceship or an egg,” Slack said.

The benefits of floating can be hard to explain, she added, but they can include pain relief and a sense of well-being. She has tried it herself and is a fan.

At True REST Float Spa in Wilmington, the cost is $59 for the first float, and $79 for single floats after that; customers typically float for 60 minutes, Slack said.

Another proponent sees flotation therapy as potentially helpful for veterans with PTSD.

“It’s kind of making a comeback right now,” said Gary Ferguson, the founder and CEO of Pathways for Veterans, a nonprofit based in Sacramento, Calif.

The Veterans Administration does not have any records of flotation therapy in its program database, according to Peggy Willoughby, director of communications for the VA’s National Center for PTSD.

But Ferguson, a 70-year-old Vietnam veteran, started floating himself in about 2014. And he sees it as a potential tool to help reintegrate service members into civilian life. Pathways is participating in clinical trials with True REST, according to its website.

“The whole purpose of flotation is to get access access to the stillness that lies within,” said Ferguson. That’s what flotation is all about.”

Joan Quigley is and interim assistant editor at Port City Daily’s sister site, wydaily.com. Before trying a new health or fitness regimen, you should consult with your doctor. 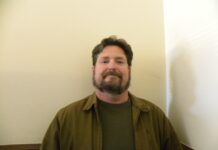 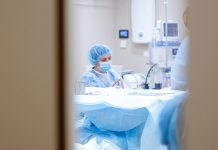 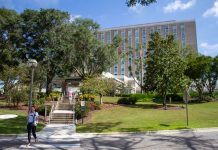