Since re-entering the state senate, Michael Lee has resumed his old post at the helm of the education committee, and has used the position to champion the interests of the University of North Carolina System. A group of bills he filed related to higher education are at various stages of the tricky path toward Gov. Roy Cooper’s desk.

The legislative agenda of UNCW would also benefit from the passage of a few bills filed recently by Lee, who was a primary sponsor on 36 total bills during this session (many focus on K-12 and higher education, while others touch on science, regulation, and in one case, cannabis).

While on a two-year hiatus from the chamber after a 2018 defeat, Lee honed his Wilmington legal practice — which specializes in commercial real estate, trust and estates, and zoning and land use, according to its website — and served on the UNCW Board of Trustees. He was politically connected before his first senate victory in 2014, having held positions on the Port Authority board and N.C. Board of Transportation

In an election season interview, he told Port City Daily his entrance into politics was sparked by a passion for education policy that came from his son’s ascent into kindergarten. Lee’s takeaway from watching the local school system at work was that Raleigh had too strong a grip over the K-12 scene; and instead, individual schools and districts needed more authority to test students and dispense funds as they saw fit.

He has advocated for a setup called “the renewal school system” that provides “charter-like flexibility for an entire school district,” he previously said.

Showing such interest in the minutiae of educational overhaul has landed Lee in a mighty position in the academic landscape. He co-chairs the education/higher education committee and its appropriations wing along with Sen. Deanna Ballard (R-Alleghany).

Some education bills in Lee’s portfolio of proposals seek to tackle big-picture issues, like the Reopen Our Schools Act, and a bill designed to expand research capacity at HBCUs.

But some others are more focused propositions that work to serve the needs of the UNC System, the conglomerate authority for the 16 public universities in North Carolina. The system is helmed by a board of governors who are appointed by state legislators.

One bill sponsored by Lee would allow campus law enforcement officers to enroll in an unlimited amount of free classes at their respective universities. Another would transfer $56 million in state funds to UNCW over the next two years for a capital project of chief concern to the university: the renovation and expansion of Randall Library.

An additional UNCW-related bill would dedicate almost $1 million for the planning of a new facility for Isaac Bear Early College High School located on the UNCW campus. One more bill would allow UNCW to proceed with unspecified capital projects using money outside of state coffers.

The bill intended to grant free classes to university police officers progressed through the senate in about 20 days and crossed over into the House on April 20. None of the others listed have cleared the senate.

Lee and a system spokesperson responded with the same answer when asked why the bill was a priority for N.C. universities: The decline in the number of applications submitted to campus police forces in this state has been sharp.”

“The idea for this bill came from the fact that the UNC System has seen an 80% decrease in applications for Campus Police officers while the rest of the country is seeing a 40-50% decrease in applications,” Lee wrote in an emailed statement. “This legislation will help ensure we continue to recruit and retain vital law enforcement officers, who keep students, faculty, staff, and visitors safe on campuses throughout the UNC System. The ongoing vacancy rates for campus police departments can create a threat to maintaining safe and secure campus environments. This bill gives them a tool that they can use to address this issue.”

The UNC System has also worked to wrangle money for many capital projects across the state, including Randall Library at UNCW, which was last renovated in 1986.

“There’s one hymnal that everybody’s supposed to be singing from,” said Rhinehardt, who has decided to launch a bid for U.S. Sen. Richard Burr’s seat in 2022 as an unaffiliated candidate.

The current board of governors includes former lobbyists and former members of the N.C. General Assembly. Underpinning the entire institution, Rhinehardt said, is the reality that the legislature, not the board of governors, holds the true power.

“The general assembly can giveth, or it can taketh away,” she said. “And I think a lot of people have lost sight of that general fact.”

While the board of governors have been chartered to operate higher education in N.C., the assembly has the primal legal authority over its governance. In her previous job, Rhinehardt tough for system-friendly policies in Washington, and tried to have regulations removed that stood in the way. The esoteric funding structure of the system took her at least five years to fully understand, though many legislators “are able to go toe-to-toe” with higher ed bureaucrats on the finer points of budget and policy, she said.

As an infrequent visitor to Raleigh, Rhinehardt said she was struck by the informality of the process when visiting the capital for the first time. While members of the House of Representatives and U.S. Senate usually require appointments to even broach their office buildings, Raleigh capital-goers routinely wait for N.C. lawmakers outside their offices to grab a hold of them on the fly, she said.

“It is very much a series of micro negotiations,” she said.

For the law enforcement bill, a system spokesperson said there are 82 vacant positions for campus law enforcement posts across the state, equating to a vacancy rate of 16%. Higher education officials think the prevalence of empty positions could pose a threat to safety on campuses. 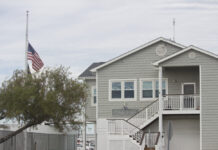