WILMINGTON — Dave Wishon sat beside the register at the end of a long red-and-white brick counter Thursday afternoon — one of his last days counting up cash at his iconic restaurant, Parchies. The brick building sits a block west of New Hanover High on Princess Street.

Wishon confirmed rumors that have been circulating through the restaurant’s dedicated fanbase this week: He’s set to close for good on Friday, April 23 (originally, he planned Apr. 20).

Wishon said he grew up with eight brothers and sisters in downtown Wilmington throughout the ’60s and ’70s. He’s operated a few different food businesses, including Empie Concessions in the early ’70s.

“We grew up working; I started working in the restaurant business at 12-and-a-half years old and never looked back,” Wishon noted.

Parchies opened in the mid-’80s and became well-known for its diner fare, including hearty breakfasts (grit bowls, BLTs) and lunches (BBQ, burgers, dogs), as well as fried-chicken Thursdays. It closes daily by 2 p.m., but Wishon also runs a large catering business during other hours.

Parchies has served plenty of return customers over the past three decades, including former UNCW baseball coach and good friend Mark Scalf, who led the team to a 941-686 record and captured five Colonial Athletic Association Coach of the Year awards over a 27-year career that ended in 2019. A die-hard fan, Wishon said he’s attended more than 50 games a season over the last 10 years.

Another regular was former UNCW Chancellor Rosemary DePaolo, according to Wishon.

Asked to describe other characters who have frequented Parchies, Wishon said he had to cut it short; he needed to close up and catch a flight to Stillwater to watch the Seahawks play the Oklahoma State Cowboys.

Many of Wishon’s clients were people from the neighborhood — specifically, New Hanover High School students. Kyle Thompson remembers dining at Parchies for the first time in the late ’80s with his older brother.

Thompson lived at 11th and Ann streets. When he had some extra money, he would head to Parchies, sometimes even twice a day. He said he always ordered the Carolina sausage platter with eggs, grits and toast, or a sausage and egg sandwich for breakfast. His go-to lunch order: the Philly steak and cheese.

“I’m a creature of habit,” Thompson said. “You know, if you had $10 you would overdose on food at Parchies. It was always reasonable and good.”

Thompson remembers seeing multiple kids trekking to the neighboring restaurant every day when school was in session, instead of ordering from the school cafeteria. It was a rite of passage.

“We could walk into the lunchroom and walk out the back door, and creep over and go to Parchies,” he said. “The officer would stand at the the corner of Princess, and say, ‘If you cross the street, you’re getting written up,’ or whatever. Kids would just walk by him.”

Thompson said Wishon always remembered everyone’s names and made all customers feel like they were visiting home. “He never met a stranger,” Thompson said.

Gwenyfar Rohler owns Old Books on Front Street and lives several blocks from Parchies. She can attest to its popularity among the locals.

“You had to know where it was and when it was open. But the menu and the people were dependable. I remember when I was in high school they had shirts that asked ‘Where the heck is Parchies?’ [It had] a picture of a pig holding onto the sign on the corner of 12th and Princess. Losing Parchies is losing another piece of what makes life for a local here special.”

Want to read more from PCD? Register now and then sign up for our newsletter, Wilmington Wire, and get the headlines delivered to your inbox every morning. 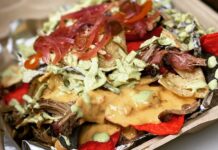